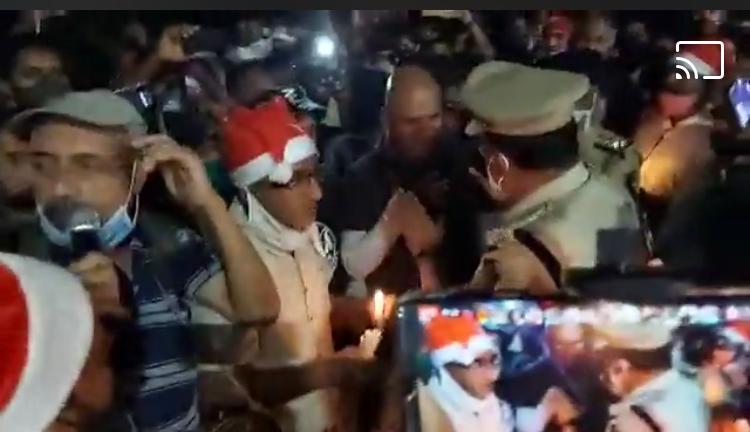 Arossim: On Friday mid-night, several hundred people sat on the Railway line at Arossim village in South Goa protesting against the double tracking project, which they claimed was done to transport the coal.

The protest was held under the banner of Goyank Kollso Naka (No Coal in Goa) which has been agitating against the projects like double tracking, expansion of National Highway connecting Karnataka to Goa and the Power Line.

The agitation was held on the eve of Goa Liberation Day as the state will be celebrating 60th year of freedom from Portuguese rule on Saturday, December 19. Several programmes, including state level event which will be participated by President of India Ram Nath Kovind, has been organised to mark the occasion.

At Arossim, last night, the protestors demanded that the Chief Minister should announce that the project of double tracking of South Western Railway has been dropped.

“It is shameful that people have to gather on the railway tracks on the eve of Goa Liberation Day to save Goa from being turned into coal hub,” one of the agitator, told reporters.

“The people of Goa are against the government’s policies of allowing the state to be turned into coal hub. CM should respect sentiments of the people,” he said.

The agitation continued till wee hours of Saturday before police managed to convince the protestors to clear the railway tracks.