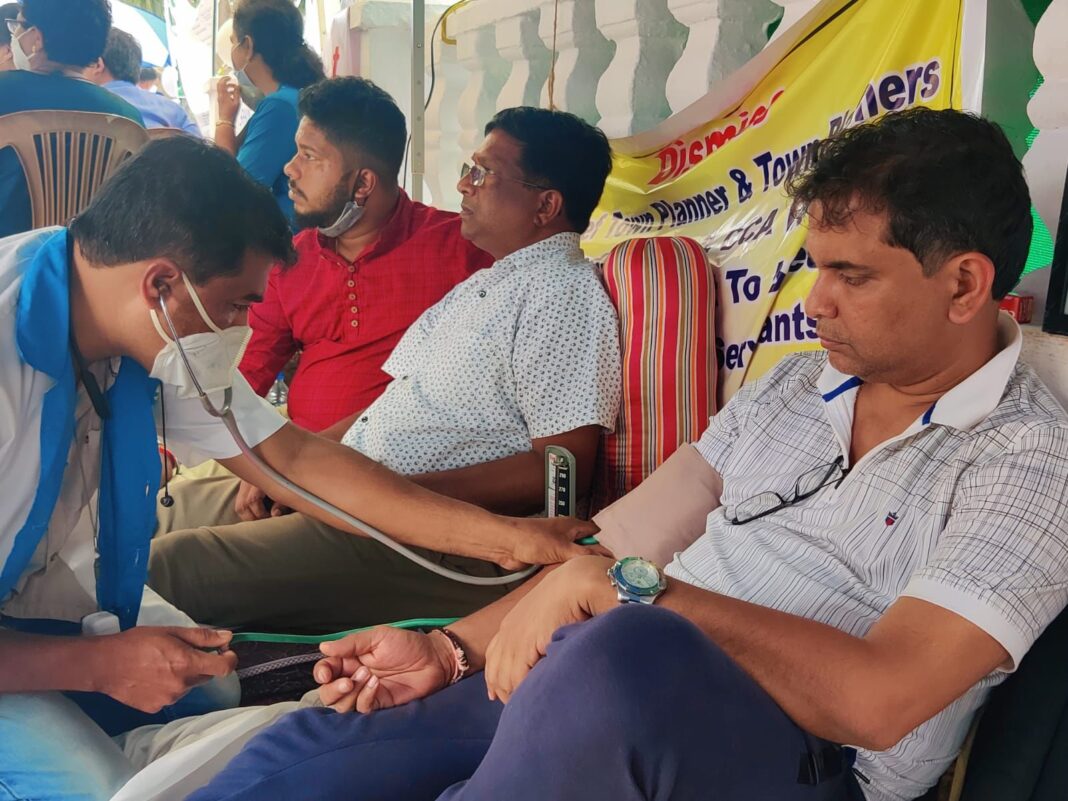 Advocate Amit Palekar’s health started deteriorating on the third day of his indefinite hunger strike. However, he is determined to continue his fast and demands that the illegal construction at the heritage site must be demolished and guilty should be punished.

Recently, TCP has given revocation order. Reacting to that Palekar said, “I will study the order until then my fast will be on. Panchayat has also issued a stop-work notice but this is not enough. It’s just a white wash. Nobody is talking about demolition order. Once Panchayat issues demolition order then we can believe what the authorities are saying”.

“The authorities are calling it fraud play. But to do such type of forgery one need support from the concerned officials. If the officials are saying this is fraud play, then should come out clean and should announce the names of culprits”, he said.

When Goans got news on his health condition, Goans are coming out in support of Amit Palekar. A woman at the protest site said, “Going on fast unto death is not easy and he is doing excellent job. We support him. The construction is very illegal. This is not a place for holiday but it is a place to offer prayers. May God bless him”.

Anish Bakal, one of the Bhandari Samaj member also came to visit Palekar on his third day of strike and the extended the support to the cause. On his second day of the indefinite hunger strike Palekar’s family shows up to meet him. He got emotional and overwhelmed by their visit.