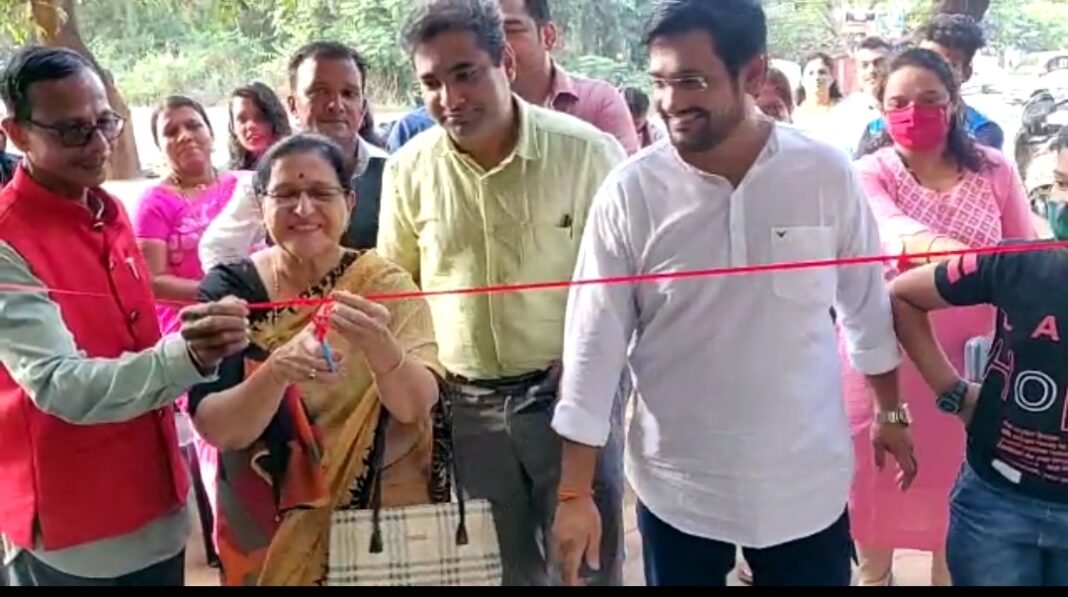 The Aam Aadmi Party unveiled a new office in the Thivim constituency. The new office was inaugurated at the hands of AAP Goa convener Rahul Mhambre in the presence of AAP leader Umesh Kauthankar and other AAP leaders on Saturday.

AAP Thivim Assembly in-charge Rasesh Bondre said, “Goa’s politics has become corrupt and dirty. Many MLAs have switched parties for their own advancement. Thivim people have been facing many challenges, but the current MLA has been ignoring their needs. Thivim voters trusted him and voted for him, but he joined the BJP”.

Adding he said, “There have been water supply and electricity issues in the area. Some of the roads are in bad condition. Some areas have garbage problems. Yet, these issues never saw the light. Thivim MLA turned to the ruling party for the sake of development, but he should explain what kind of development he has brought to Thivim.”

“The new office will be open from morning to evening. Residents will now easily be able to reach out to the party leadership via this office. People can come to the office anytime if they need help with official work to avail government schemes”, he said.

AAP leader Umesh Kauthankar said, “People believe that AAP is the only party that will transform Goa. As of now, AAP national convenor and Delhi CM Arvind Kejriwal has announced six guarantees for the Goans. Kejriwal is a man of the words. If AAP forms the next government in the state, AAP will fulfil all the promises”.

AAP Goa convener Rahul Mhambre said, “Despite 60 years of liberation, basic facilities are still lacking in the state. We are still asking for water, uninterrupted electricity, and good roads. This nexus of Congress Janta Party has hurt the people enough. Now, it is time to change the entire system. I urge people to give a chance to AAP”.

Previous articleFatorda ST women complain against PI Kapil Nayak for casteist slur
Next articleGoa to vaccinate all the 15-18 years old children in next 3-4 days: Vishwajit Rane