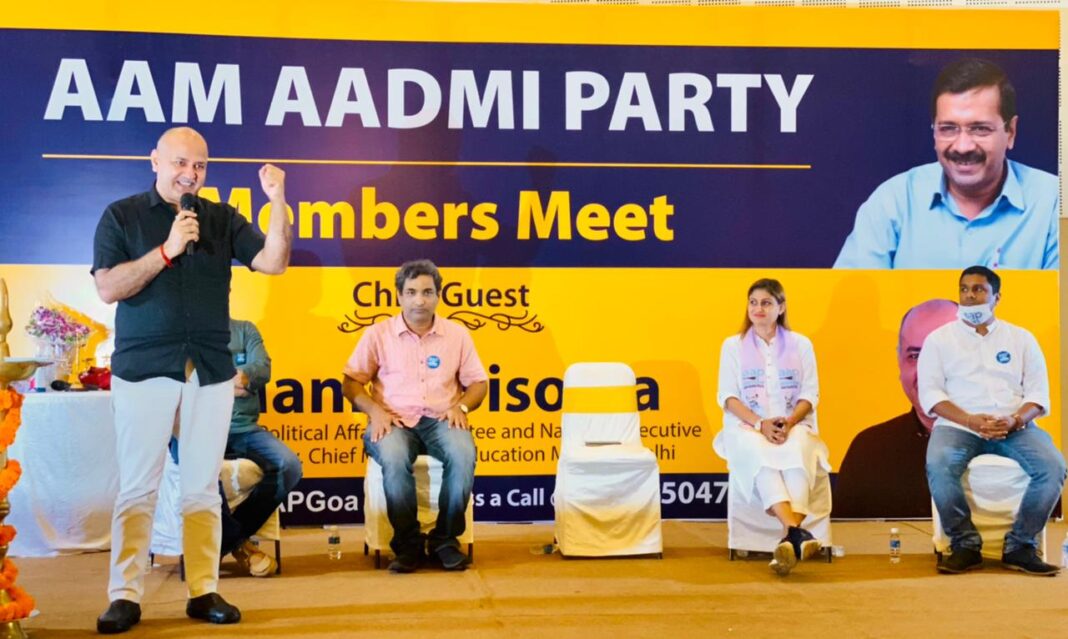 PANAJI: AAP leader and Delhi’s Deputy Chief Minister Manish Sisodia said that his party has a capability to complete the vision of Manohar Parrikar for Goa.

Sisodia was addressing party workers in Panaji, which was also shown online in all the 40 Assembly constituencies.

The AAP leader said that the vision of development that was nurtured by former CM Manohar Parrikar has been buried by the current government after his death.

He said that those who are in BJP and believed in Parrikar’s ideology are “insulted” and “sidelined.”

“I am appealing all the BJP workers who were with Parrikar to join us and we will fulfill his dream,” the Deputy Chief minister said.

“We (AAP) have the power to fulfill the dream of Parrikar. There is need to realise the vision of Parrikar,” Sisodia said.

He said that AAP in Goa has  a  bigger selfless dedicated team bigger than BJP, despite the fact that they are in the power in the state.

“Goans are upset with BJP and Congress party for their corrupt politics. Goans have now decided to be with AAP,” Sisodia said.

The leader said that party’s  vote percentage has been increasing across all the constituencies in Goa. “We polled 15 per cent of the vote share during Zilla Panchayat election,” he said.

Sisodia said that  those people who are in the other political parties are also looking at hope at AAP.

“There are many more people who want to join. The people are waiting for the political who can be trusted for their loyalty, honesty and leadership,” he said.

Referring to the Horse-trading in the state, Sisodia said that Goa has seen the model of BJP wherein whoever may get the votes but the government is formed by buying out the MLAs.

“Where does this money to buy MLA comes from? It is the same money that, if had to spend with honesty, then we would have seen completion of projects, subsidized electricity and other benefits,” he said.

“We have created hope in every goans’ mind and now we have to create confidence in every Goans’ mind that we will be winning in 2022,” he said.