Whoever wants to work in India will have to work with Hindus, for Hindus: RSS GS Bhaiyyaji Joshi 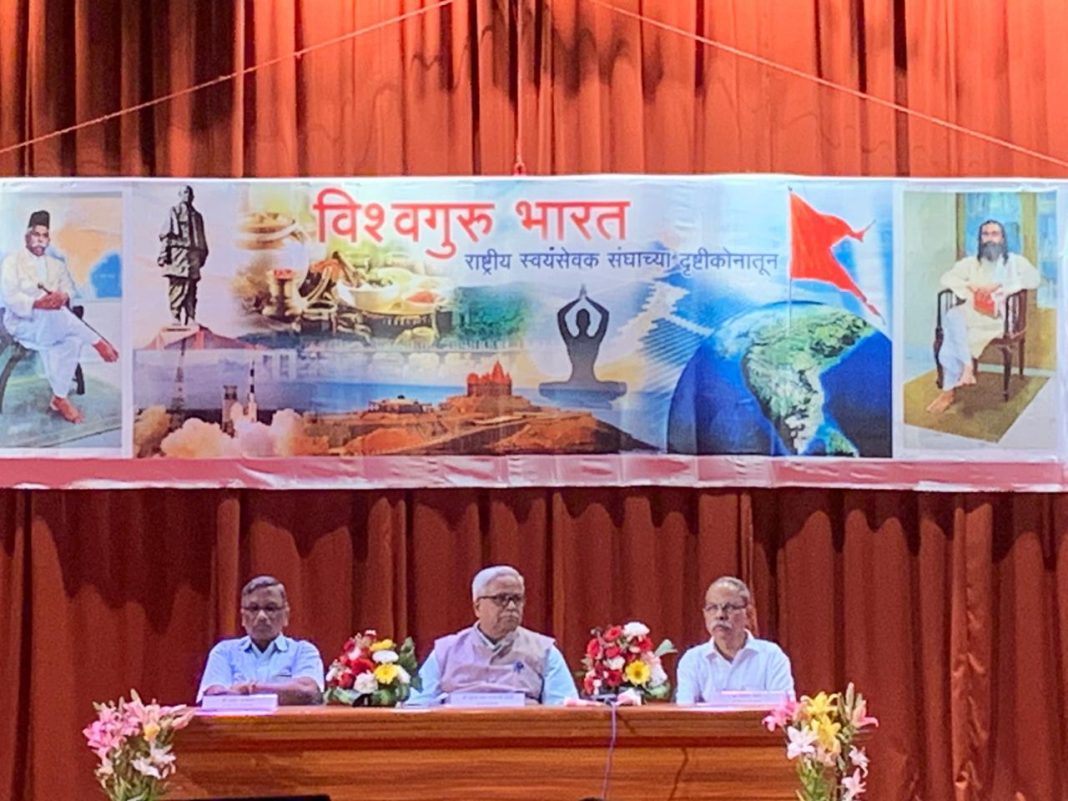 Panaji: RSS general secretary Suresh Bhaiyyaji Joshi on Saturday said that anybody who wants to work (in India) will have to do so with the Hindu community and for their empowerment.
Addressing a lecture on the topic “Vishwaguru Bharat, an RSS perspective” at Dona Paula near here, Joshi said he wanted India to become a “supre-rashtra” in the year 2020.

“Anybody who wants to work (in India) will have to work with the Hindu commumnity by taking them along and for their empowerment. Hindus have witnessed the rise and fall of India since time immemorial. India cannot be separated from (the) Hindu (community). Hindus are at the centre of this nation,” Joshi said.
He also added that since Hindus are not communal or antagonist, “nobody should be reluctant to work for the Hindu community”.
The RSS leader further said, “The world says India will become a superpower in 2020, but I feel that India should become a super-rashtra (super nation) in 2020”.
Goa Chief Minister Pramod Sawant was among those who attended the lecture.
“To create awareness and unity amongst Hindus does not amount to (taking) an action against anyone else (community). No one should feel it that way. We can say with utter self confidence before the entire world that Hindus becoming strong won’t result in destructive activities, but (such proposition) will work for the society and humanity,” he added.
Invoking history, Joshi said Hindus never invaded other countries. “Whatever wars (they had fought) were for self defence. Everyone has the right to self defence,” he said.
“It is India’s duty to teach the world to walk on the path of ‘samanvay’ (coordination). Nobody else other than India and Hindus can do this,” Joshi said.
He said some communities in the world keep preaching that only their path is “great”.
“But we are from the (Hindu) community which says that we have our own path so as you. When the world will accept this ideology, then all the issues would get solved. It is the duty of India to take the world on that path,” he added.