Who will form the next govt? Congress,BJP gets equal votes in our twitter poll 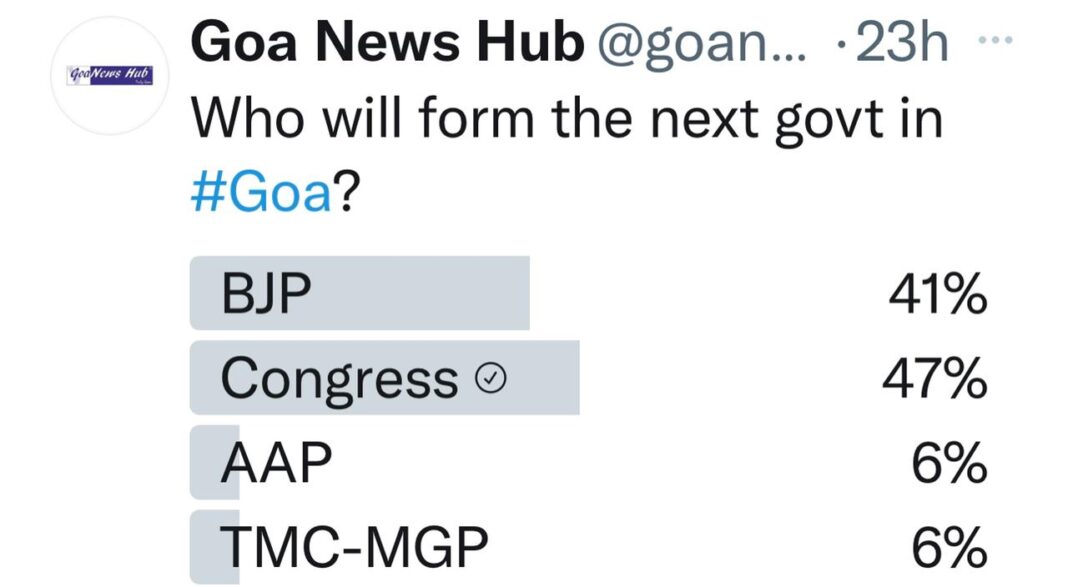 Panaji: Goans has expressed equal possibility of Congress and BJP forming the next government after the results on March 10, as per the poll on our twitter account.

We had posed a question on our twitter account asking our readers who will form the next government in Goa. The choice was between BJP,  Congress, AAP and TMC-MGP.

Total 212 persons voted for the poll. While 41 per cent people said that the BJP will form the next government, 47 per cent opined that it would be Congress. Six per cent each felt that it is AAP or TMC-MGP.

The poll does not indicate the general sentiments of the Goans due to its smaller sample size but it do reflects the fact that Congress-BJP are the main two parties which are being watched to form the next government.

Previous articlePeace march, concert in support of Ukranians, Russians in Goa cancelled due to lack of permission
Next articleCongress open for post poll alliance with non-BJP parties in Goa