Peace march, concert in support of Ukranians, Russians in Goa cancelled due to lack of permission 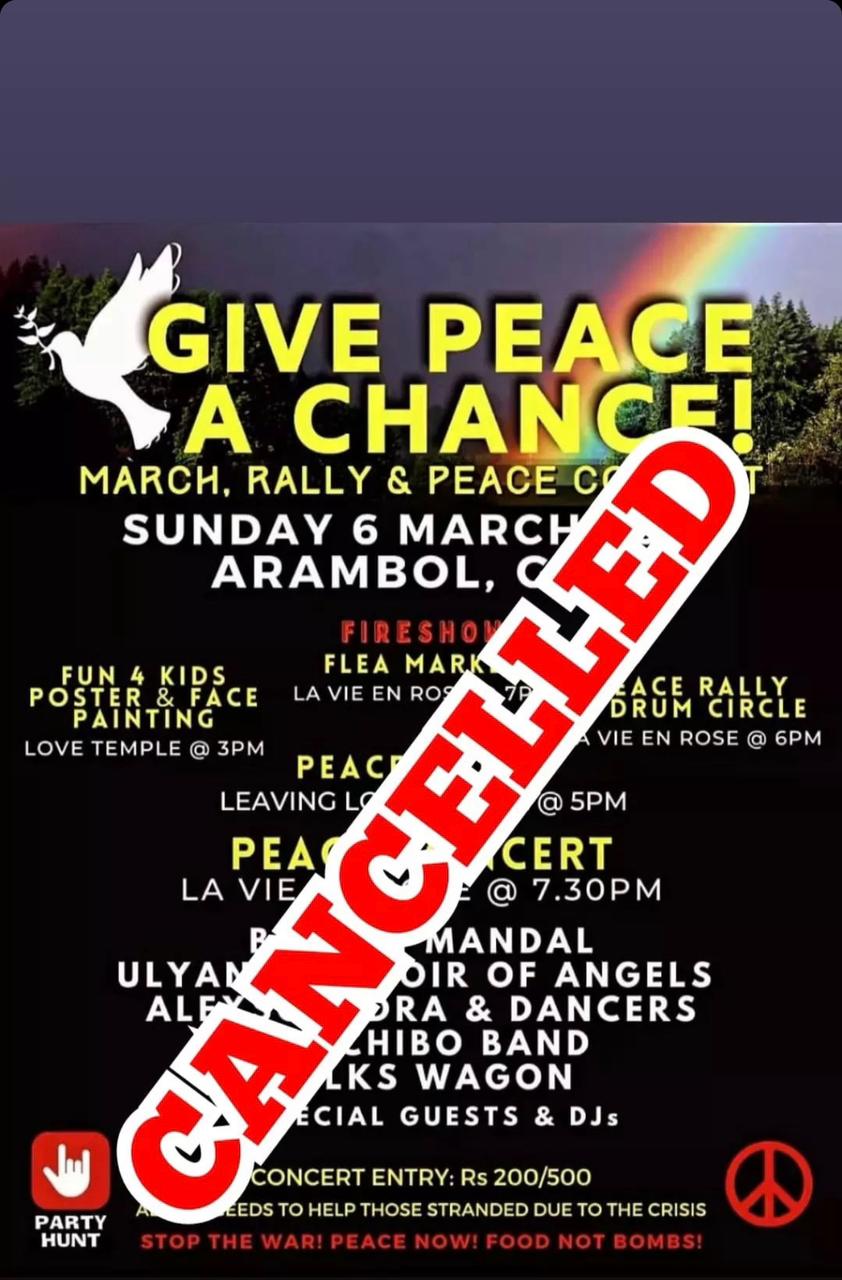 Panaji: A Peace march and Concert organised at Arambol beach on Sunday to raise funds for the Ukrainians and Russians stranded in Goa had to be cancelled due to lack of permission from the authorities.

The like minded people had organised a march, rally and peace concert at Arambol, a favourite beach destination amongst the foreigners. The event was scheduled to start at 3 pm onwards.

A senior official from Pernem police station said that the organizers did not had any permission to hold such an event. “They had not applied for any permission. We could not allow the event to happen without the permission,” he said.

The organizers, who had advertised the event, through social media platform Instagram had put up a story informing that the even has been ‘cancelled.’

“With all that is going on in the world we at MAMA RHYTHM BEINGS Goa along with @go2harsha are organizing a Peace March and Concert on Sunday 6th March 2022 to raise funds for Russians and Ukranians stuck in #arambol. With no cash to withdraw and left hanging because of restrictions in their ATM services,” the organizers had mentioned advertising the event, which was ticketed at the cost of Rs 200 and Rs 500.