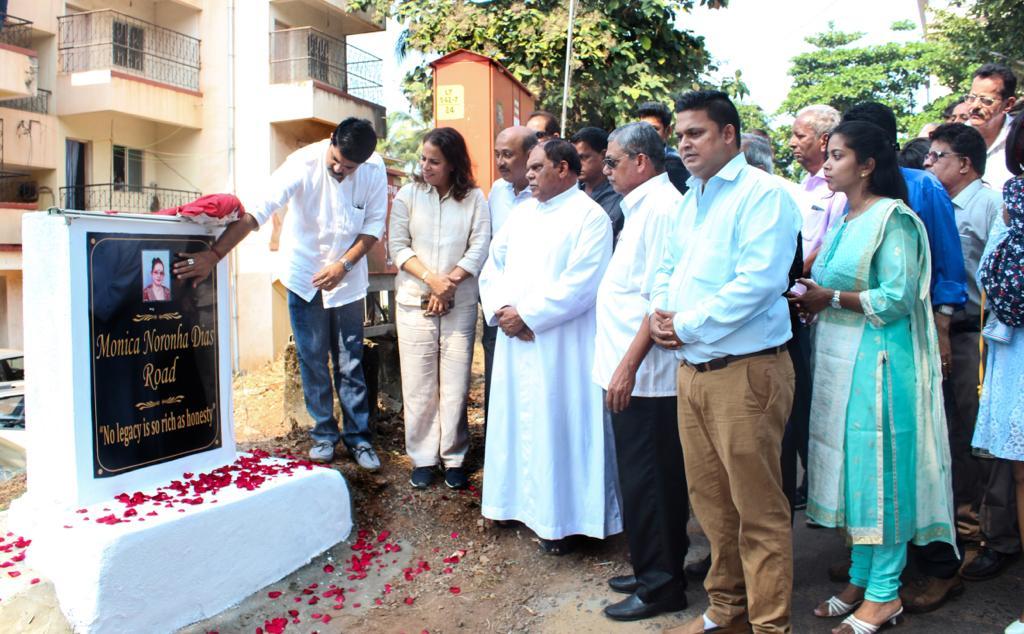 Paying rich tributes to the late Monica, Vijai said she was a politician with  a large heart and was a symbol of courage, friendship, loyalty, selflessness and honesty. He recalled how Monica had sacrificed her position as the State Mahila Congress Chief and as the General Secretary of the All India Mahila Congress in 2012 and 2017 when the Congress party had backstabbed him in Fatorda.

Stating that such a politicians were not a rare occurence today, Sardesai vowed to take forward her legacy through his Goa Forward Party and the government especially in public causes that she closely was associated with.

Pinpointing to road safety in the fast developing Goa to be one such important cause, Sardesai said his TCP department would like to make positive interventions and help NGOs and Social activists wedded to the cause.

The road naming ceremony began with an introductory speech by MMC Chairperson Dr Babita Angle Prabhudesai and blessings of the plaque by Rev Fr Manual Fernandes.