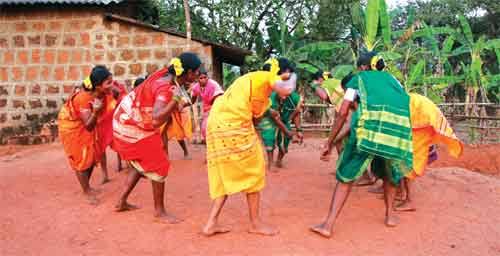 Panaji: Several leaders including union ministers would be present for the five-day-long cultural festival “Lok Utsav” scheduled to be held from December 07 onwards in Canacona taluka of South Goa.

Speaker of Goa Legislative Assembly Ramesh Tawadkar, who is the organizer of this festival, said that the union ministers and other leaders would be present for the festival.

Goa Governor P S Sreedharan Pillai would be present for the inaugural function of this event along with Chief minister Pramod Sawant on December 07, he said.

Tawadkar said that President of India Draupadi Murmu was scheduled to be present for the inaugural, but her plan has been cancelled due to some unavoidable circumstances.

Tawadkar said that more than 300 folk artists from across the country would be present for the festival that will have eight different stages. The festival will culminate on December 11.

“More than one lakh people are expected to visit the festival during all the five days together,” he said.

He said that the folk dances and tribal cuisine of Goa would be on display during the festival.

While main event would be held at Amone village in Cotigao panchayat area of Canacona, three stages would be set up at Agonda and Palolem beaches and also at Dapat village in Loliem panchayat, all in Canacona taluka.

Previous articlePassengers miss flight, office goers stuck on the road due to traffic congestion on Zuari Bridge
Next articleBharat Jodo Yatra is connecting with the youth: Joel Andrade