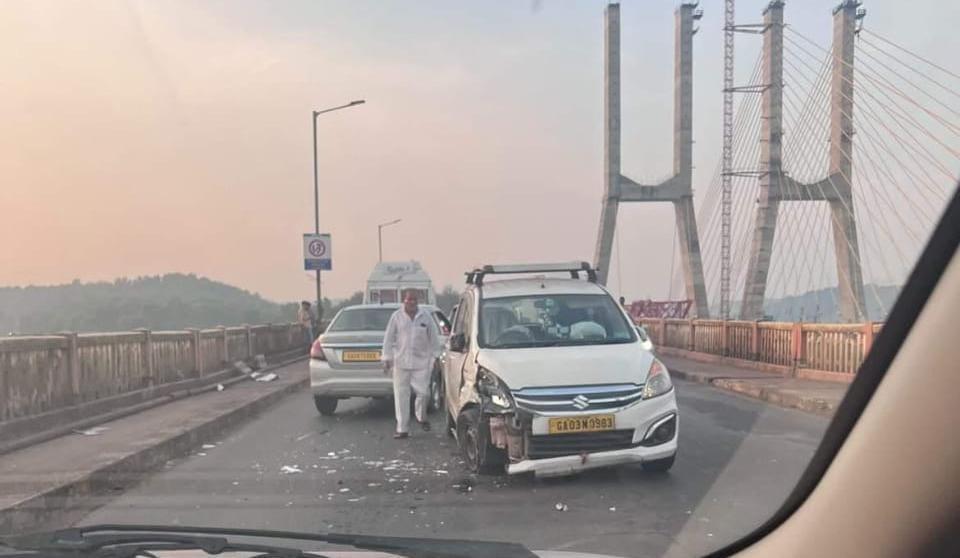 Panaj: A minor accident on a bridge on Zuari River on National Highway connecting Panaji to South Goa resulted in a major traffic jam on the road on Monday morning, leaving vehicles stranded for more than three hours.

Several passengers missed their flight from Dabolim Airport while office goers faced inconvenience as they could not reach in time.

A senior police official said that a tempo dashed against a SUV on Zuari Bridge, 15 kms away from Panaji during morning hours of Monday disrupting the traffic.

The traffic was disrupted for 45 minutes before both the vehicles were towed away by a special crane, he said adding that the congestion continued even after that as the vehicles kept on adding to the queue on the National Highway.

Several vehicles were stranded for more than three hours during the morning time.

“We were heading to Panaji from Margao when we were stuck in the traffic jam for more than three hours. We preferred to return back home as the congestion was heavy and there was no possibility of crossing the bridge without spending more time,” said Kedar Mapexencar, a real estate professional, who was stranded in the traffic along with his children.

He said that several office goers missed reaching on time on Monday due to the traffic jam.

When contacted, a senior Airport Authority of India (AAI) official said that there are no formal complaints received by them about delay in reaching to the Airport.

“We have not received any formal complaint about passengers missing their flight,” he said adding that the Airport management would be seeking details of such instances, if any, considering the traffic jam reported on the Highway.