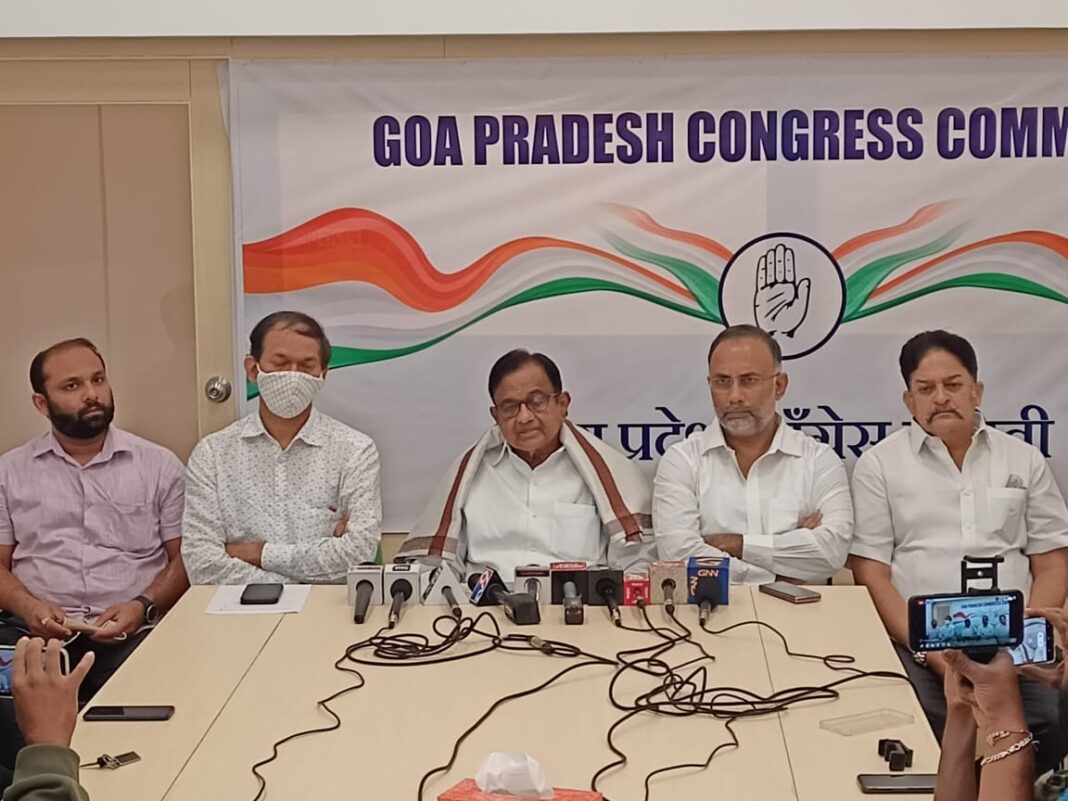 Panaji: All India Congress Committee Goa Election in charge P Chidambaram on Sunday said that the decision on pre-poll alliance with Trinamool Congress Party was not taken after the latter began poaching their leaders.

Talking to mediapersons in Goa, Chidambaram stated that there was a suggestion from TMC for pre-poll alliance with Congress for Goa elections.

“What I can say is that there was a suggestion from TMC that we should form an alliance (in Goa). (But) Before and after, there were certain incidents that took place,” the congress veteran said.

He said that TMC poached Congress leaders in Goa. “They poached Luizinho Faleiro and even after the proposal of alliance, they poached Aleixo Reginaldo Lourenco whose name was in the first list of the candidates,” Chidambaram said.

“They also poached in other constituencies like Mormugao and Vasco,” he said without naming any leader.

Chidambaram said that after these incidents he had no instructions from leaders of Congress party on the issue of alliance.

Recently, TMC National General Secretary Abhishekh Banerjee had accused Chidambaram for failing to accept the proposal of alliance. He had also said that Chidambaram should resign if BJP forms government in the state.

“I don’t want to engage with TMC General Secretary. I occupy humble position in the Congress party and I would not like to comment,” he said, when asked about his reaction to Banerjee’s statement.

Chidambaram said that the Congress leaders had met Shiv Sena and NCP leaders over pre-poll alliance in Goa. “But there was no meeting point so we did not take it further,” he said.

Responding to another question, Chidambaram said that Congress candidates in Goa will be give their suggestion on whether to announce chief ministerial candidate before or after the polls.

“We will take views of the candidates once nomination process is over and than communicate it to AICC,” he said.