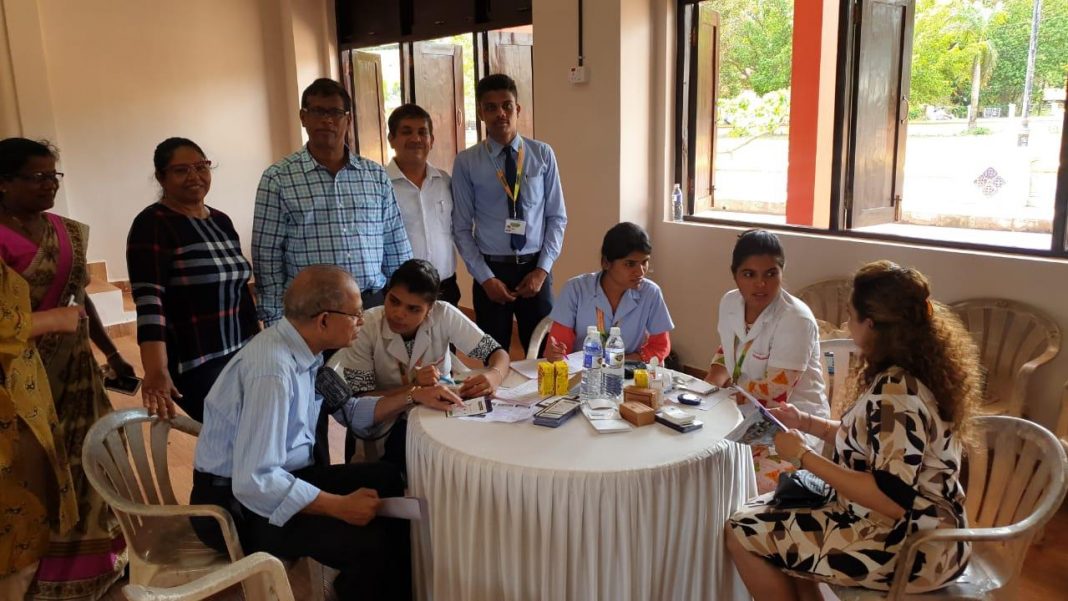 Taleigao: Several senior citizens from Taleigao area were benefitted with the free medical camp organised by local panchayat as a part of its social service initiative.

Panchayat sarpanch Agnelo D’Cunha said that the medical camp was held on the occasion of inauguration of renovated panchayat hall at the hands of local MLA Jeniffer Monserratte.

“This medical camp is clubbed with inauguration  of renovated hall. MLA Jeniffer Monserratte has taken initiative to renovate it which was long overdue,” he said.

He said that the medical camp was basically to basically to have awareness about health amongst senior citizens. “They are having various health problems. This is a community service,” he said.

Sarpanch said that the doctors were conducting bone density test and advice them the medication.

About newly renovated hall, he said that the facility will be available for parishioners.