By this month end, Goa’s one of the village will go underwater 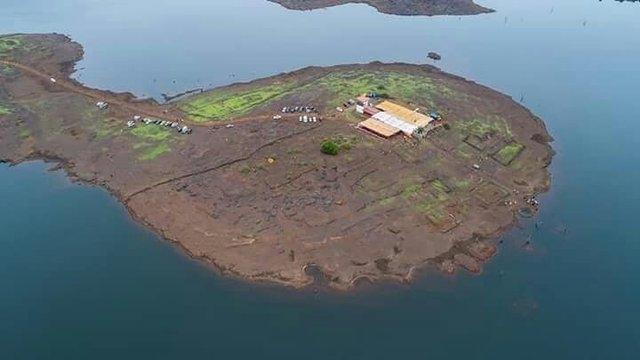 Panaji: After being exposed to the outer world for over a month and hosting the traditional festival in the ruins of Shiva temple, Curdi village in South Goa is all set to vanish under water.

The village has grabbed national attention after becoming the tourist spot for many who visit there during the month of May. Once a flourishing village, this area along with others, was evacuated and got submerged under the water of Selaulim dam in South Goa.

While it remains out of water due to receding waters of the dam in the month of May, within ten days of rains, it gets under water.

K K Ravindran, Executive Engineer of State Water Resources Department said that the water streams around the village have already started getting activated due to monsoons.

“If it rains properly for first ten days, then the village will be submerged under water. It will be seen only after eleven months next year,” he said.

The arrival of monsoons are delayed in Goa from the its usual schedule of first week of June. “So, if it rains in next seven days, then by the end of this month the village will disappear,” he said.

The village is five kilometers away from Selaulim dam catchment area, Ravindran said.

The locals claim that before getting under water, the village turns into island for few hours as it gets locked from all the side and slowly vanishes underneath.

The revenue village on Goa’s map was once upon a time home for 634 families who agreed to move out after then Chief minister Dayanand Bandodkar announced the construction of dam on Selaulim river.

As per the records with State Water Resources Department, the construction of dam started in the year 1976 and was completed in 2000.

Local Prakash Kurdikar recalls that by the year 1986, Curdi village started going under water. “It was emotional moment for the villagers who sacrificed for the sake of Goa. It is the greatest sacrifice anyone can make,” he said.