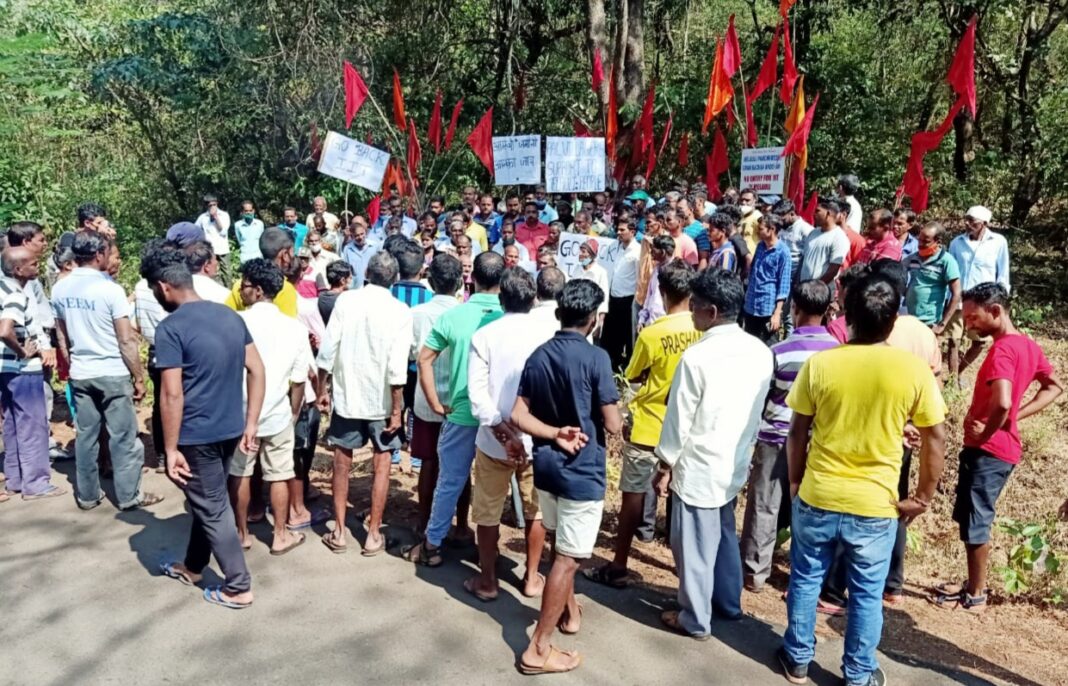 Valpoi: The support for people of Melauli from surrounding villages is on the rise. Despite local MLA Vishwajit Rane saying that he wants the IIT to be shifted from there, the people want some official confirmation.
On Thursday, villagers from Dongurlim Panchayat Thane, Pali and Hivrem took out a rally in support of the Melauli villagers. 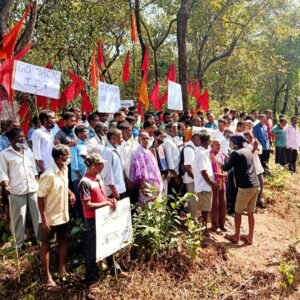 Villagers also said that it was very difficult for them to accept the way their women folk were assaulted. The people who had come from all over to support criticised the local MLA Vishwajit Rane for standing behind the curtains. They said that he should come forward and speak to the people on the issue. Dictatorship is on in Goa.

“When villagers were harassed and beaten up by the police while protesting at Melauli, why were the Tribal commission and human rights departments silent?,” the locals questioned.

We demand to the Government to give the Class A category ownership of our land, revoke all criminals sections, and suspend the Valpoi Police Inspector, Sagar Ekoskar for assulting the village women, say locals.

Pics: Dongurim Thane Panchayat came in support of Melauli village in their fight.