State gets out of gear due to Bharat Bandh 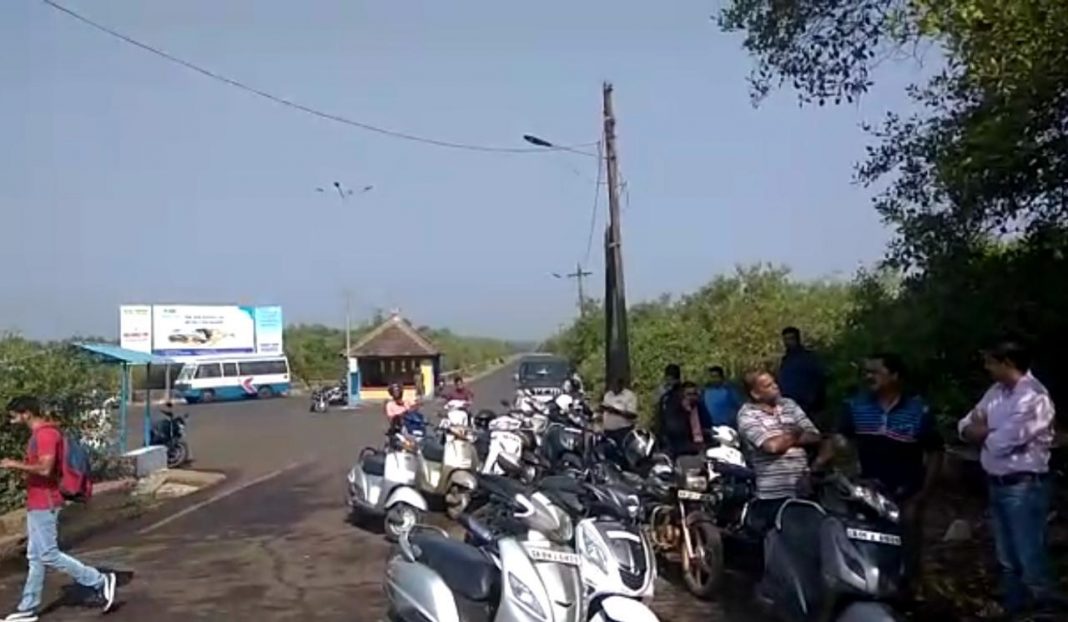 Panaji: The life was severely affected in Goa as majority of essential services excluding hospitals remained shut as a part of nationwide Bharat bandh by the unions.

The long queues of passengers were seen at different bus stands as private buses remained off the road. Private Bus Association has extended their support to the strike, protesting against the policies of Central government.

State run Kadamba Transport Corporation tried to compensate for the absence of private buses, but they could not fill the gap. A senior KTCL official said that 800 additional buses were pressed into action to make up for the striking private operators.

The people living on various Islands in the State were stuck as Ferry Boat services run by Goa government’s River Navigation Department remained shut down.

“The State government has invoked Essential Services Management Act but despite that the staff of Ferry Boat services have not reported for work. Even if there is a medical emergency, the people living on Island cannot get to the mainland,” said Jerry D’Souza, a social activist from Diwar Island.

He demanded that the State government should take firm action on the striking staff of River Navigation Department as they have violated ESMA.

The number of students in various schools and colleges also remained low as the buses ferrying them had joined the strike. Similar was the situation in Industrial Areas where majority of the workers did not turn up for the work.

The thin staff presence was also witnessed in government departments.

Majority of the tourist taxis also remained off the road causing grave inconvenience to the tourists, specially those who wanted to catch early flight at Dabolim.

“The strike has been successful as people have voluntarily joined us. Everyone is affected with the policies of Central government and response to strike is an indication of it,” said Suhas Naik, Convenor Goa Convention of Trade Unions and Mass Organisations.

He said that the message should go clear to the Centre that they need to correct their action.