State Election commission is working as per dictate of Sawant govt: GFP 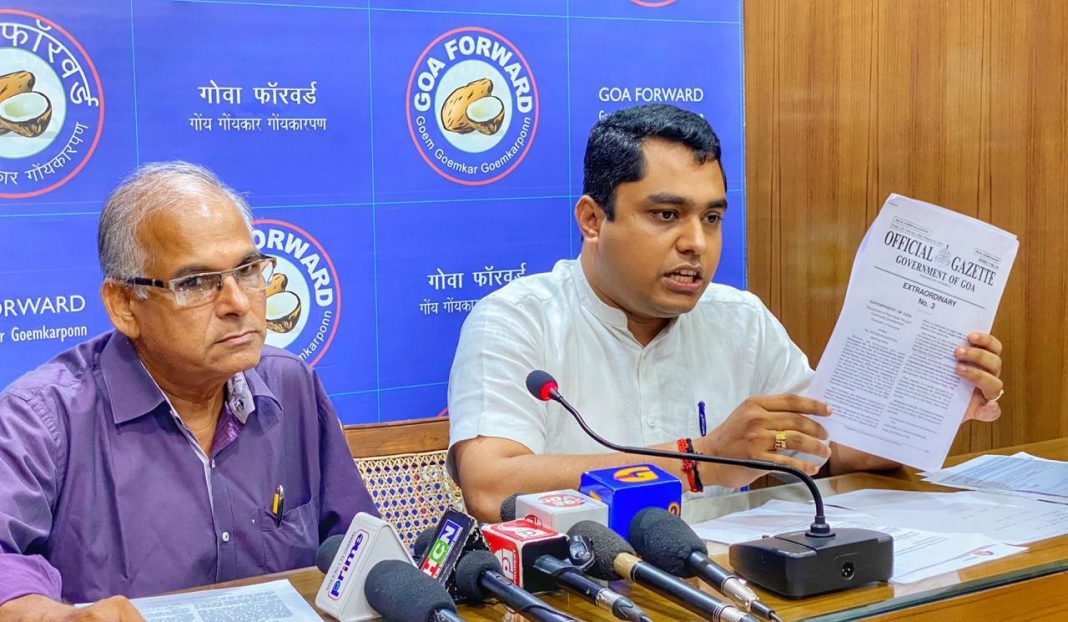 Panaji: Goa Forward Party (GFP) on Wednesday accused State Election Commission of working as per the dictate of Pramod Sawant-led government ahead of the upcoming Zilla Panchayat election.

GFP General Secretary Mohandas Lolienkar addressing a press conference in Panaji said that the State Election Commissioner is yet to officially announce the dates for upcoming election, while chief minister Pramod Sawant has said that the elections would be held on March 22.

“State Election Commission is the authority to announce the dates, and not the state government,” he said.

Lolienkar said that the State government has already assigned duties to government servants claiming that the elections would be held on March 22, while there is no formal notification issued by State election commission.

He commented that state election commissioner R K Srivastava, who is also a former Goa chief secretary, is treating his assignment as ‘vacation.’

GFP Vice President Durgadas Kamat said that the state election commission is yet to announce the reservation of the constituencies for upcoming ZP polls.

“The file about reservation of constituencies (for women and OBC) is yet to reach to the state election commission,” he said.

Kamat said that since the government servants have already been informed that the election would be held on March 22, the code of conduct comes into force, technically, but state ministers are busy inaugurating several projects violating the code.

Despite several attempts, State election commissioner was not available for his comments.