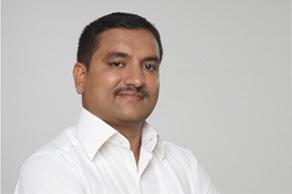 Panaji:  BJP has refused candidature to former Goa chief minister Manohar Parrikar’s son Utpal as it announced former MLA Siddharth Kunkolienkar as the candidate for Panaji by-election scheduled on May 19.

The party on Sunday announced candidature of Kunkolienkar while refusing the ticket to former chief minister Manohar Parrikar’s son, Utpal.

Kukolienkar is a former MLA of Panaji constituency who had won 2017 State Legislative Assembly election but had resigned on May 10, 2017 to pave way for Parrikar to be inducted in the House.

Parrikar was sworn in as CM of Goa without being MLA after BJP could not get majority during 2017 election.

In a press note released on BJP’s official website, Kunkolienkar has been declared as the candidate for Panaji by-election, which is necessitated due to death of Parrikar on March 17.

Kunkolienkar, who was close aid of Parrikar, had won 2015 Panaji by election after Parrikar was elevated as Union defence Minister.

Previous articleHP based woman killed at Arpora, husband missing
Next articleMy father did not wanted me to join politics, but I am independent person now