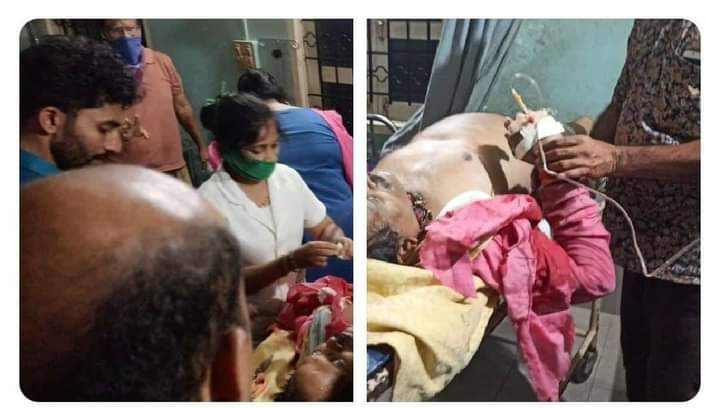 Panaji: The health condition of Union AYUSH Minister Shripad Naik, who is currently being treated at Goa Medical College and Hospital here after being severely injured in the accident, is stable, Chief Minister Pramod Sawant said on Monday.

Sawant said that the condition of union minister was critical earlier but “now he is stable.”

“Team of doctors led by Dean of GMCH Dr Shivanand Bandekar is treating him. We are giving him the best medical care,” the chief minister said.

State Health Minister Vishwajit Rane said that the team of doctors at GMCH are on standby to ensure the best treatment for the recuperation of Naik.

Rane tweeted “Really shocked to hear about the news of Shri @shripadynaik Ji’s car accident. Our team of doctors at Goa Medical College and Hospital are on standby to ensure the best treatment for his recuperation. Shall be personally monitoring the same.”

In yet another tweet, Rane wrote “Deeply saddened to hear about the sad demise of Smt Vijaya Naik Ji, wife of Shri Shripad Naik Ji. I extend my heartfelt condolences to the bereaved family. May her soul rest in eternal peace.”