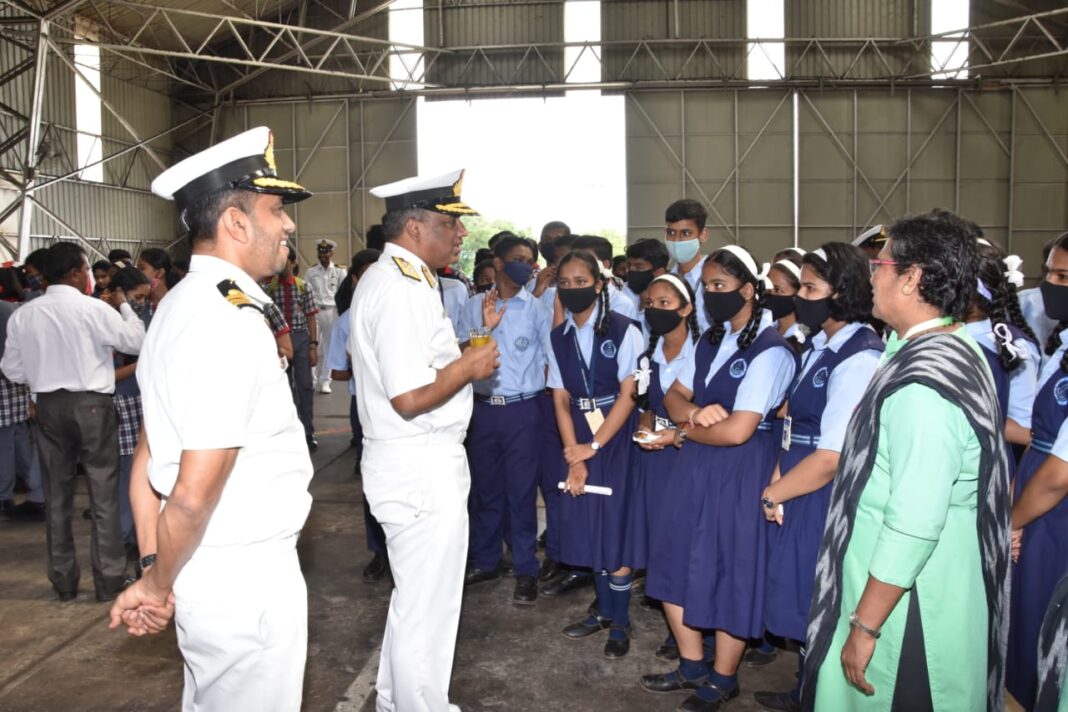 As part of NavyWeek 21 activities, a visit for about 250 school children to naval air station INS Hansa and Naval Aviation Museum was organised at Goa on 02 December 2021.

At Hansa, the students got to see the static display of various naval aircraft such as MiG 29K, IL 38, Kamov 31, Dornier and ALH, and understand their role and operational capabilities. 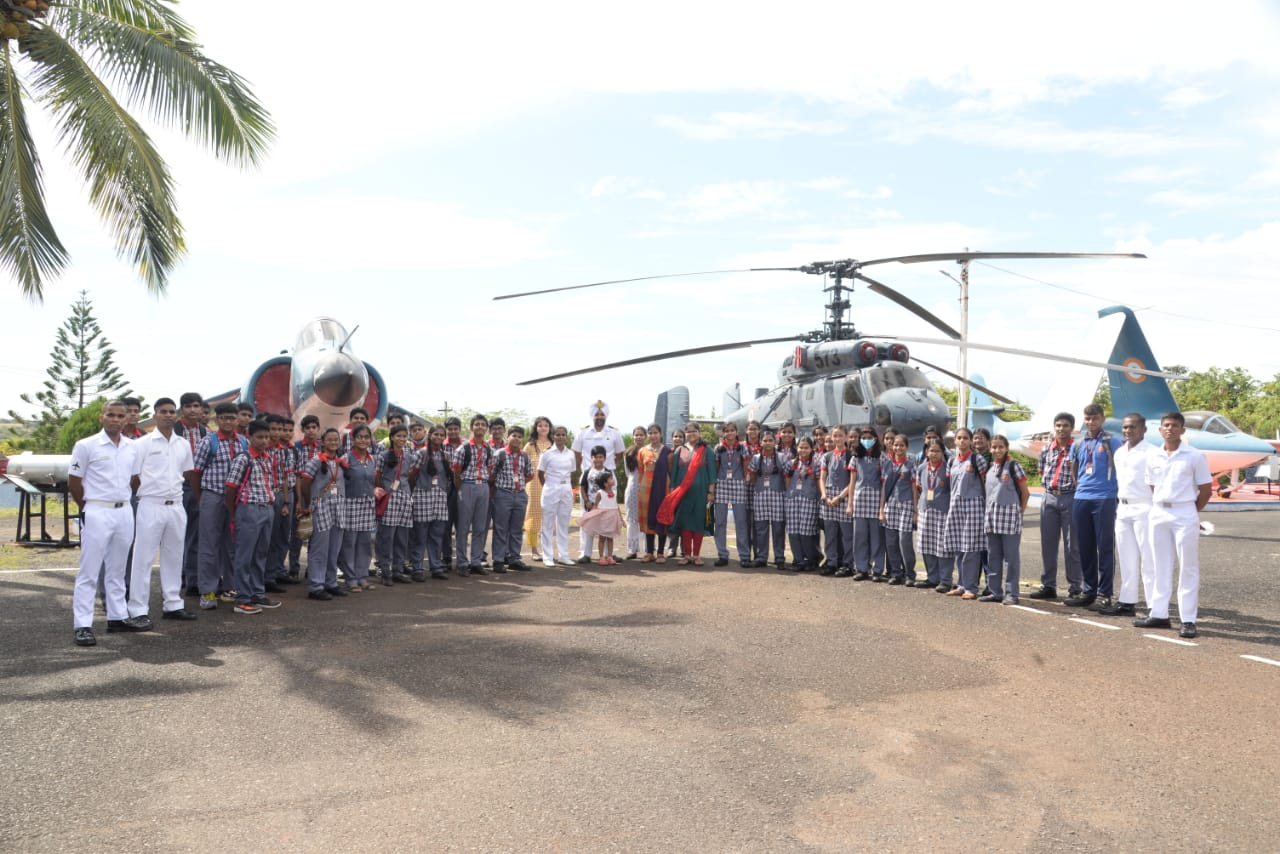 At the Naval Aviation Museum, they caught a glimpse of vintage aircraft and armament and were explained the evolution of the air arm in the IndianNavy. A motivational film on naval life was also screened for the children. The visit culminated on a high note with students getting the opportunity to witness a band performance and an aircraft fly past at the Navy House, where Rear Admiral Philipose G Pynumootil, Flag Officer Commanding Goa Area interacted with them.