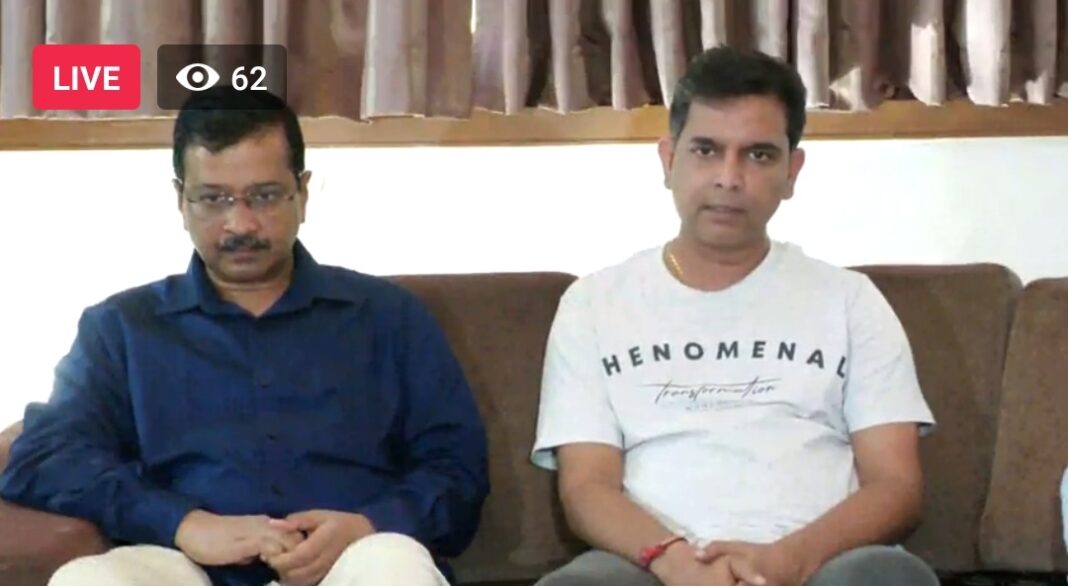 Panaji:  AAP convener Arvind Kejriwal on Saturday met his party’s local leader Amit Palekar, who had sat on fast unto death against a controversial structure at Old Goa heritage precinct.

Palekar had withdrawn his fast after five days when state government announced action against the controversial bungalow which is being constructed in the heritage area of Old Goa.

“This is a victory of people of Goa. This time, all the divine forces are coming together and something good is going to happen,” Kejriwal said talking to reporters in presence of Palekar at his residence at Merces village on the outskirt of Panaji.

Kejriwal said that the party and the people are really proud of Palekar. “AAP represents honest politics. It represent struggle of the people and raises issues of the public,” he said.

The Delhi chief minister said that despite doctors advising Palekar to stop his fast on the third day due to his deteriorating health condition, he continued with it for the sake of saving the heritage of the state.

“Fasting is a spiritual experience. I have also done fasting,” he said.

Kejriwal said that whoever says that Palekar has kept fast to gain political mileage should also join in such long fasts which purifies the soul.

When asked whether Palekar would be announced as chief ministerial face of the party in Goa, Kejriwal said that the decision on CM’s face would be taken at the right time.