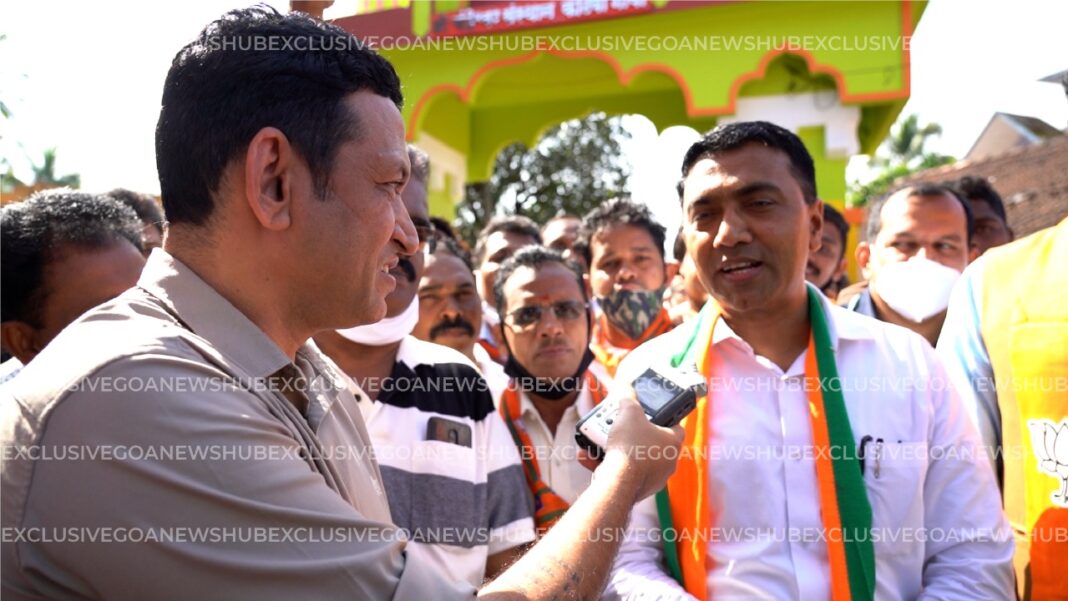 Kothambi (Sankhalim): Goa chief minister Pramod Sawant on Friday said that the voters will not allow Goa to be a political experiment labouratory during the upcoming elections.

Sawant was addressing a gathering in his native village of Kothambi in Sankhalim Assembly constituency. The chief minister formally launched his election campaign on Friday for forthcoming Goa polls.

“We are taking forward the legacy of former chief ministers late Dayanand Bandodkar, late Manohar Parrikar and others,” he said taunting Maharashtrawadi Gomantak Party (MGP) of selling off the values to parties which has arrived from outside the state.

The chief minister was referring to the pre-poll alliance between MGP and Trinamool Congress Party (TMC).

“We will not allow Goa to be used as a labouratory for political experiments by the parties who come from outside the state,” he commented. 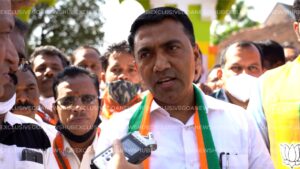 In an emotional speech, the chief minister recalled how he along with his young BJP supporters were ridiculed during 2012 Goa Legislative Assembly election as “immature fellows.”

“Some senior people were asking how will I win the election with these immature fellows. Everyone in our team was less than 50 years of age. But we won the polls,” he said, referring to his victory from Sankhalim assembly segment, which he has represented twice in the Assembly.

He said that this time, only 40 days are remaining for the polls as elections may be held somewhere between February 10 to February 14.

“Being chief minister of the state, I will have to tour the entire state campaigning for other candidates. I may not be able to reach out to all the voters in my own constituency,” he said appealing the workers to compensate for his absence and “convince the voters.”