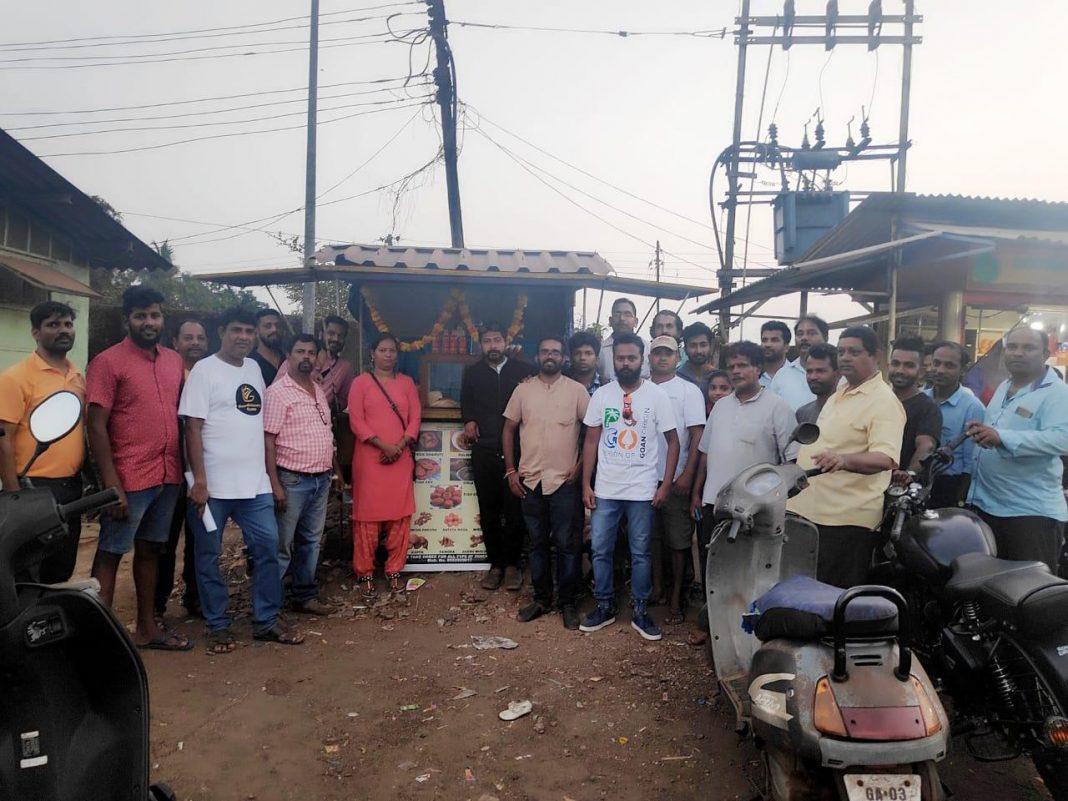 Mapusa: In an action packed Monday, the members of Revolutionary Goans led by Manoj Parab  cleaned Mapusa bus stand of illegal kiosks and other vending outlets set up by non-Goans. 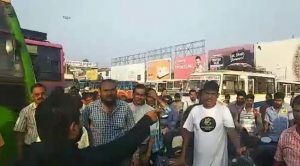 The RG members opted for unique style to expose the functioning of State-run Kadamba Transport Corporation and its officials.

The officers were seen reluctant to move the illegal kiosks at Mapusa bus stand and also at the land acquired for new bus stand. 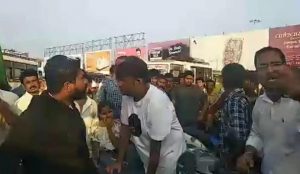 The action started sometimes on Monday afternoon when RG as a mark of protest put up their own kiosk at Mapusa bus stand amidst the existing unlicenced ones. 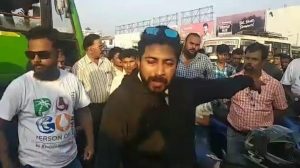 While Kadamba Transport officials turned nelson’s eye towards the kiosks of non-Goans, they asked the RG members to remove the kiosk. When asked about the other kiosks, the officials remained mute.

The RG members later met KTCL General Manager at Porvorim. Parab said that the GM was arrogant and was questioning the authority of RG to ask for removal of illegal kiosks at Kadamba Bus stand.

After verbal dual, the KTCL officer agreed to send his official to Mapusa to clean the bus stand from illegal kiosks. But the officer never reached.

While RG members reached back Mapusa bus stand, all the illegal kiosks were removed from that place, except few. The KTCL official never reached there but the message about arrival of RG was communicated in advance.

The RG members later went to the spot where new bus stand is proposed. They also asked some kiosks at the proposed bus stand, which were put up illegally by non-Goans to remove them.

Parab said that there is a mini-slum which is taking shape around the bus stand. The RG has decided to clean it up by approaching various authorities.