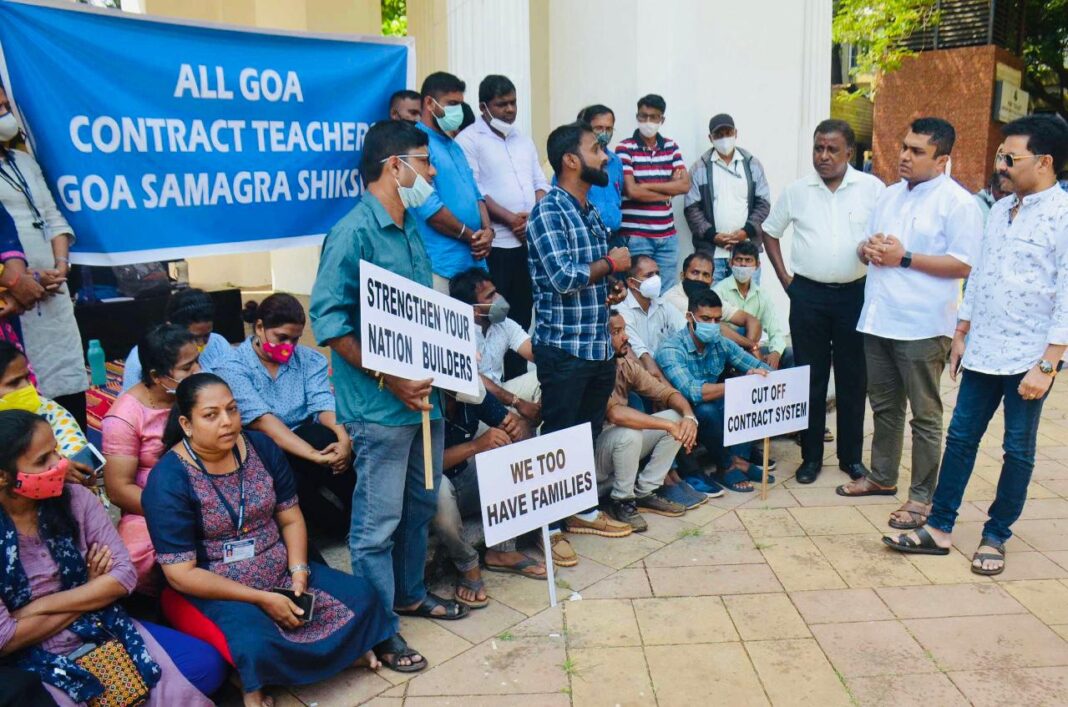 On Thursday, GFP working President Kiran Kandolkar, Gen Secy (Org) Durgadas Kamat and Jt Secretary John Nazareth had met these teachers in Panaji and had assured them to stand with them until they are regularized.

Subsequently, GFP has written to the Chief Secretary and other concerned officials placing the demand of these teachers and fulfilling it, so the Goan youths don’t meet injustice.

“It has been brought by the notice of the Goa Forward Party that 54 qualified Goan youths were appointed as Special Teachers to teach vocational subjects in Govt. Middle Schools under Goa Samgrah Shiksha Abhiyan on contract basis on monthly remuneration of Rs 16125/-. Most of the teachers have completed more than 5 years in service and some of them have even crossed the age of 50 years.”The letter stated.

GFP pointed out that the Government of Assam had appointed 101 Vocational Teacher on contract basis under centrally sponsored programme of National skill Qualification Framework (NSQF) under Samagra Siksha, Assam and recently it has taken cabinet decision to continue their services till the age of 60.

John Nazareth has said that teachers are considered to be nation builders and have to be looked upon with due dignity. “With the meager remuneration they earn, they are unable to provide a dignified lifestyle to their families and education to their children.” Nazareth Said.

Kiran Kandolkar said that the GFP leaders have heard the say of agitating teachers and hence decided to stand with them as they have contributed in the educational area. “I don’t understand why this BJP government is making them suffer, who are molding our students and showing the correct way of life. They should not meet injustice.” He said.

Durgadas Kamat said that at the time when Chief Minister Pramod Sawant is boasting of giving 10000 jobs, he shouldn’t turn Nelson’s eye on the issue of these agitating teachers. “If his conscience is true and pure to give jobs to Goan youths and not the so-called Bhumiputras fromSawantwadi, then he should regularize these teachers.” Kamat said.

Kamat said that if the BJP Govt fails to give justice to these teachers, then the new government will give priority to it.