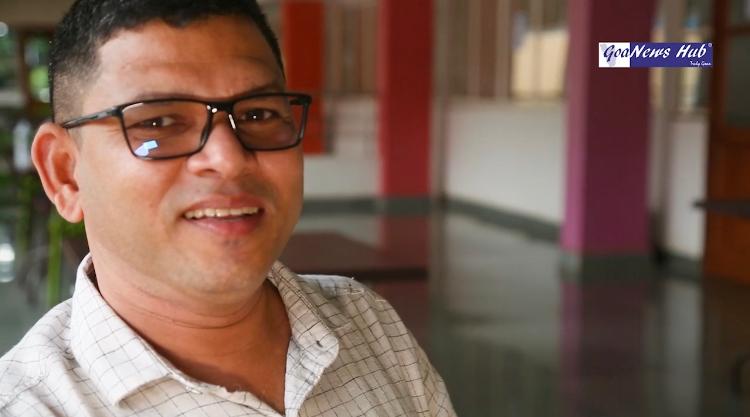 Sanguem: Sanguem MLA Prasad Gaonkar will not have cake walk into the congress party even as he has already made up his mind to contest upcoming Assembly election on hand symbol.

Gaonkar had recently met All India Congress Committee Observer Dinesh Gundu Rao in Margao, after which he had expressed his willingness to contest on Congress ticket from the constituency.

While things were looking rosy for Gaonkar, Sanguem Block Congress Committee has come up with the valid objection against him. Congress leader Abhijit Desai has questioned Gaonkar’s action of splitting the votes during recently held Zilla Panchayat election.

Desai had lost ZP seat from the constituency.

A group of congressmen had met Leader of Opposition Digambar Kamat in Margao raising their objection towards the candidature of Gaonkar.

Gaonkar has been banking on Congress ticket to ensure smooth victory in the next polls as BJP house is divided between Subhash Phaldesai, Savitri Kavlekar and Vasudev Meng Gaonkar.

Phaldesai seems to have got green signal from the party to contest from Sanguem as entire BJP mandal is with him. Savitri, who has jumped into BJP from Congress along with her husband Chandrakant Kavlekar, is campaigning on her own. She has her own set of fan following in this constituency, which she had unsuccessfully contested on Congress ticket during 2017 election.

Largely, the fight seems to be between Gaonkar and Phaldesai in this constituency while Savitri will split the votes, if she contests as an Independent, if she is not given BJP ticket.