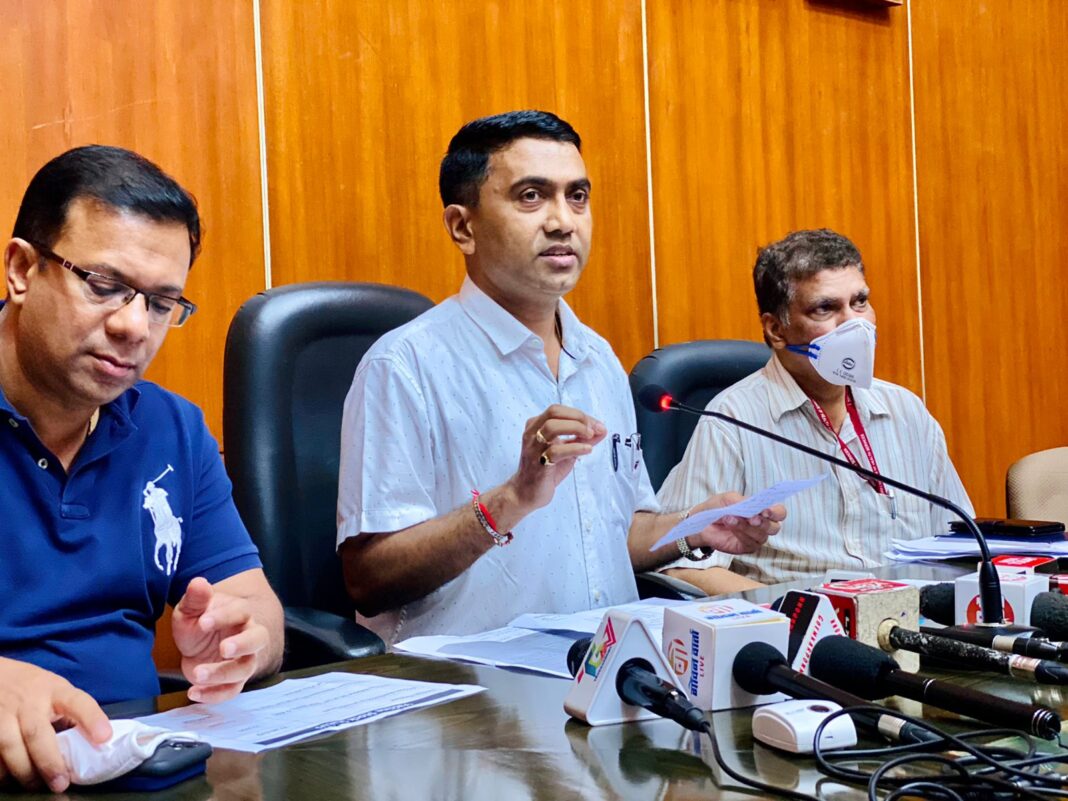 Panaji: Prime Minister Narendra Modi will interact with the people of Goa on September 18 virtually to congratulate them for the cent per cent vaccination of first dose to the eligible population in the state, Chief Minister Pramod Sawant said.
Sawant told reporters that Modi will address people of Goa on September 18 through video conferencing, the detail program of which would be announced on Thursday.
He said that the Prime Minister will interact with the State cabinet members, Goa Health officials, District Collectors, panchayat members and beneficiaries of the vaccination, congratulating them for cent per cent coverage with the first dose of COVID-19 vaccination.
Sawant said that the state targets to cover all the eligible population with both the doses by October 31, 2021.
The chief minister said that Tika Utsav 3.2 will begin in the state from September 16 onwards. “If everyone participates, we will be able to complete the second dose of vaccination to the entire population,” he said.
Sawant said that as per central government’s data, total 11.66 lakh people are eligible for the vaccination while 11.88 lakh people have been vaccinated, which amounts to 102 per cent coverage. He said that there are several tourists and migrant population, which has taken the vaccines in Goa.
The chief minister said that 5.2 lakh people are covered with the second dose, which amounts to 43 per cent of the population. “There are 1.70 lakh people who are due for second vaccine, this week, if they take the jab, the coverage of second dose will be 60 per cent,” he said.