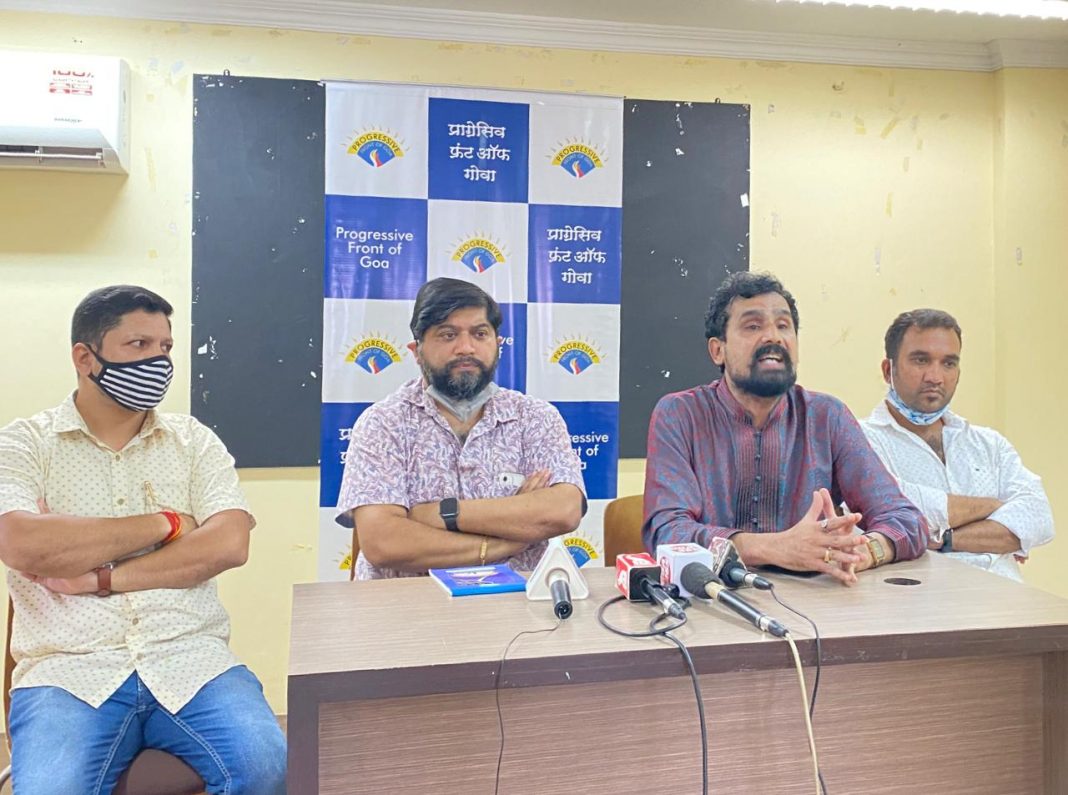 Panaji: The Progressive Front of Goa (PFG) – on Friday claimed that Karnataka has been diverting Mahadayi river water despite the issue being pending before the Supreme Court.

PGF leader Mahesh Mahambrey, addressing a press conference, said that the team of the NGO personally went to Kankumbi village in Karnataka where diversion of Mahadayi river is taking place.

He said that the team was led by environmentalist Rajendra Kerkar, who has been instrumental in raising the awareness against the diversion of the river by Karnataka.

Inter State Water Dispute Tribunal in the year 2018 had distributed the water share between Goa, Karnataka and Maharashtra. All the three states had filed Special Leave Petition before the Supreme Court challenging the award of the tribunal.

Goa government, this year, filed Contempt Petition before the SC against Karanataka alleging that the neighbouring state was diverting the water despite the SLP pending before the bench.

Mahambrey alleged that Karnataka was blatantly violating all the norms by diverting the water from Mahadayi to Malaprabha basin by constructing underground tunnels.

Speaking to reporters in presence of other leaders including social activist Hrudaynath Shirodkar and conservationist Prajal Sakhardande, Mahambrey said that the Chief minister Pramod Sawant had failed to protect interest of the state as far as river diversion is concerned.

Previous articleGFP demands suspension of bio-metric attendance to govt servants, restore DDSSY benefits to them
Next articleAAP is entering its next phase, expanding base all over Goa – Rahul