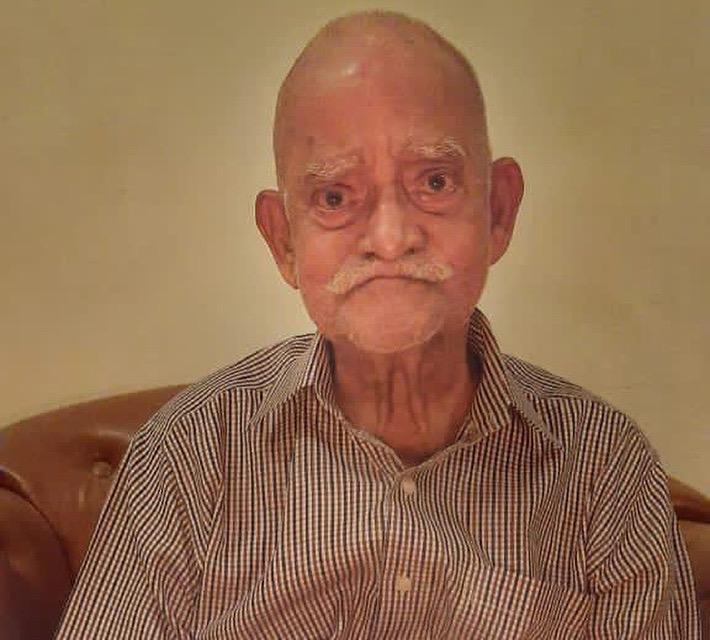 Margao – Padmanabh alias Pama Raghunath Hede, 86 years passed away today Sunday 11th April 2021 at a hospital in Panjim and was cremated on the same day.

He is survived by wife Pushpa, Son/Daughter-in-Law Parag/Sandhya, Mayur/Leena and Grand Son Shaunak.

Born in Comba- Margao, Pambab as he is popularly known was a banker by profession and had served in various States. After his retirement he settled down in Panjim.

Padmanabh Hede was a active participant at Zambaulim Shigmo Celebrations. He was a regular participant in various dramas and also took part in Ganesh Sthavan. He used to sing popular Abhang ” Dhanya Divas Vatala” and also play Drum with Basvanappa Brass Band during the Palakhi Procession etc.

Margao MLA and Leader of Opposition Digambar Kamat has condoled the death of Padmanabh Hede.

In his condolence message Digambar Kamat said ” Saddened by the passing away of proud Madgaonkar Padmanabh alias Pambab Hede. Banker by profession, he was also a good actor & singer. He actively participated in Zambaulim Shigmo Celebrations. My condolences to his family. May his Aatma attain Sadgati”.