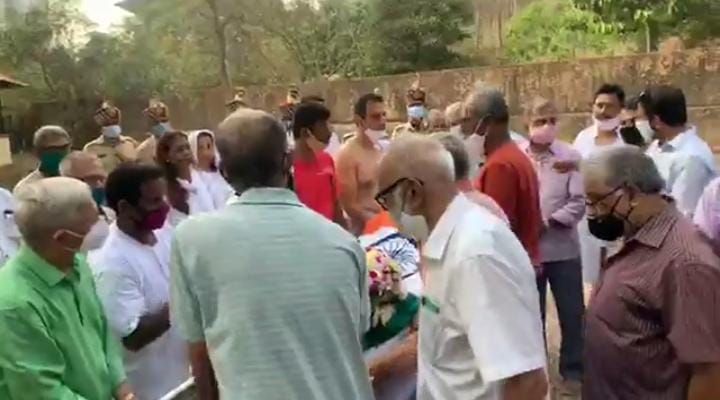 Margao: The final rites were performed on the mortal remains of Padma Bhushan Laxman Pai on Thursday with state honours.

The 95-year-old painter had breathed his last on March 14 at his residence at Dona Paula near here.

The final rites were performed on his body at Hindu Crematorium in Margao town, 35 kms away from here.

State honours were accorded to the departed soul, who was honoured with  including Padma Bhushan, Padma Shri, Nehru Award and Lalit Kala Akademi Award during his lifetime.

His body was draped in the tri-colour  while Goa police gave him the gun salute before it was taken to the funeral pyre.

Leader of Opposition Digambar Kamat, Goa Forward Party President Vijai Sardesai were amongst the prominent people who attended his funeral.