Capital Expenditure from last Budget is below 30 per cent showing poor performance by govt: Sudin Dhavalikar 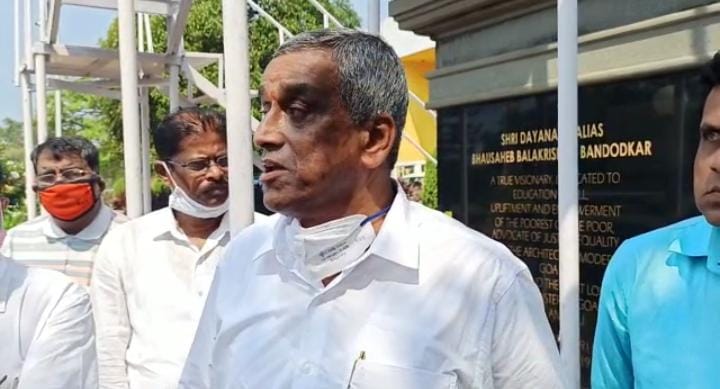 Panaji: Maharashtrawadi Gomantak Party MLA Sudin Dhavalikar has alleged that the state government has failed to achieve even 30 per cent capital expenditure from the Budget during FY 2020-21.

Talking to reporters in Panaji, Dhavalikar said that the capital expenditure figures of the State government points out at the failure of the government to perform, who is hiding under the excuse of covid-19 pandemic situation.

Dhavalikar said that the capital expenditure in the departments relating to Scheduled Tribe is much poor, indicating that the Pramod Sawant-led government has completely failed on the developmental parameters.

He said that such figures on the Budget implementation front are reflecting “for the first time in the history of Goa.”

Pointing out that the government was taking an excuse of covid-19 pandemic to justify their failure, Dhavalikar said that the figures of the earlier financial year were not different.

“For two financial years, the government has failed. This means that the covid-19 pandemic was just an excuse,” he said, adding that except for PWD, which is 35 per cent, rest of the capital expenditure figures are grim.