Opinion Poll Day: Is Goa going through dilution of its identity? 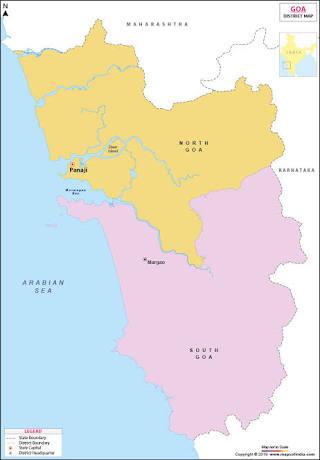 Panaji: Even as Goa commemorated Opinion Poll Day on Thursday which kept the identity of the State intact, the concerns are being raised about the coastal state losing its identity due to increasing migration in the state owing to the wrong policies of the state government.

In the first ever public referendum in Independent India, Goa voted to remain as a separate entity on January 16, 1967 refusing the idea of its merger with neighbouring Maharashtra.

“When we campaigned against the merger in the run up for Opinion Poll, the idea was to nurture Goa as a model state for the entire country. The concept was to save identity of the state,” renowned writer and journalist Uday Bhembre, one of the stalwart of anti-merger movement said.

He said that considering the increasing dilution of Goa’s identity, the fear looms large whether, the main object of staying independent is being defeated.

Bhembre said that the policies of subsequent Goa  governments, which forced the migration in the State is one of the causes.

He also said that the locals who have been selling their properties to the outsiders are also equally responsible for this “dilution of identity.”

Similar sentiments were echoed by Goa Congress chief Girish Chodankar who held Goans responsible for increasing erosion of the identity.

“I would hold everyone responsible for it. Goans are responsible and also politicians, each one has contributed in their own way,” Chodankar said.

The Congress leader said that when economy over rules the sentiments, such kind of situations arise.

Chodankar said that the small state like Goa should be beware of the big landsharks which are increasingly purchasing valuable assets from here, which should have been preserved for posterity.

BJP leader and former Member of Parliament Narendra Sawaikar said that migration in and out of the state cannot be controlled as it has been a part of the development process.

“But what is important is that we should be able to preserve our identity amidst this migration,” he said.

He stated that it is for the locals to preserve the identity and culture, notwithstanding the influx, which is bound to happen as a developmental need.