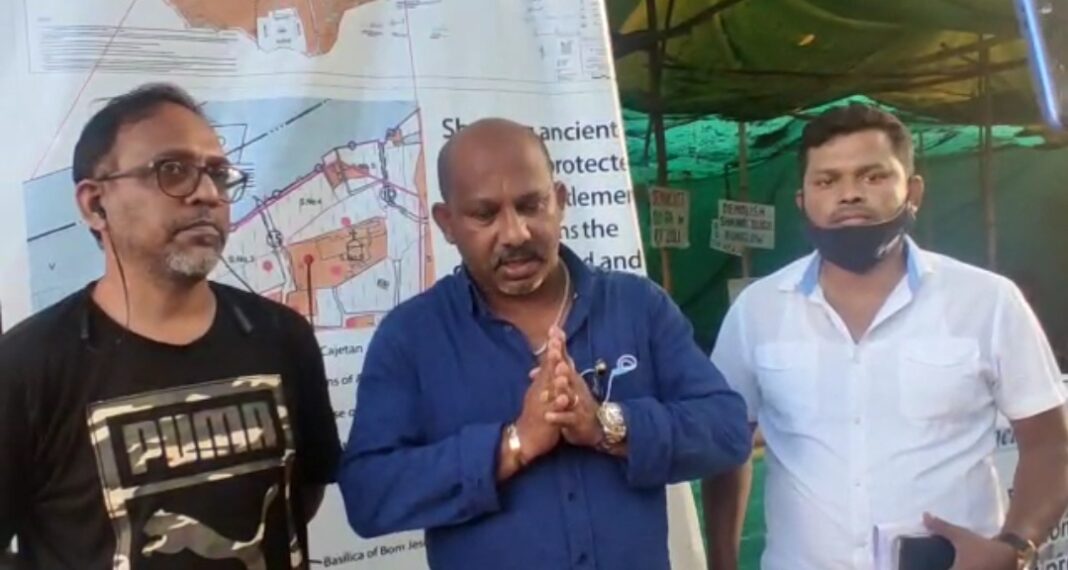 Altone D’Costa from Quepem pointed out that now the Panchayat has started the process of demolition, however it is moving at a snail’s pace. He questioned his MLA, who is also the TCP minister as to what is the reason for the delay of the second demand?

He questioned what the TCP staff do, he said they are hired as “Planners” to draw plans not as “Blueprint approvers” to approve construction drawings. He reminded the press and the citizens that Save Old Goa Action Committee has been demanding a Master Plan since 2011, he said INTACH made a proposal in 2016 and CCF with Edgar Ribeiro as recently as 2020, he asked why all these master-plans have been shelved. Which builders are stopping the demarcation from being done? He appealed to Shri Babu Kavlekar to immediately update the regional plans within the next week, or give the citizens a white paper as to why it is delayed.

Roshan Mathias from Candolim asked Minister Michael Lobo where his 3 lakh supporters are? He reminded the press that Lobo had promised to get the structure demolished, today was his chance to show solidarity to the movement, but the inaction and only lip-service from the MLA shows his true support lies with the builders who are promoting illegalities and not with the citizens.