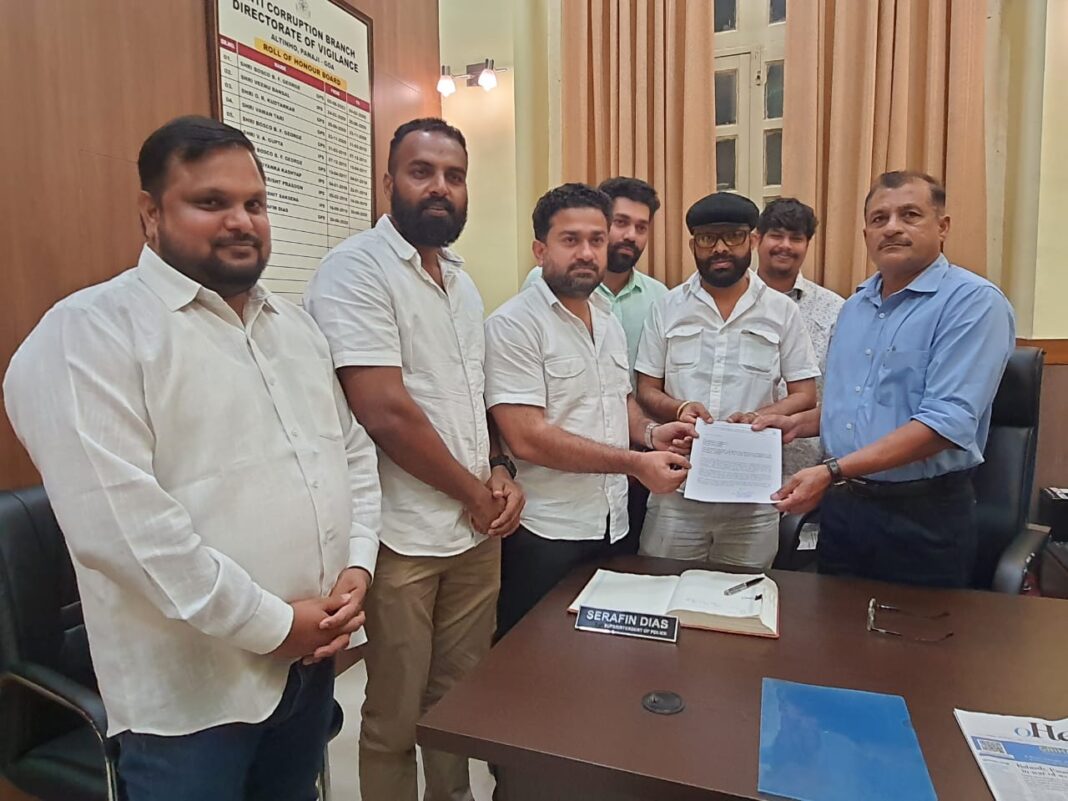 Panaji: With an intention give justice to the youths of Goa, the Goa Pradesh Youth Congress Committee has filed complaint with the Director of Vigilance,
against the manipulation taken place in the recruitment process of Technical Assistant (TA) and Junior Engineer (JE) posts by the Public Works Department (PWD).

GPYC President Adv. Varad Mardolkar had earlier warned the BJP government to file a complaint if the posts were not scrapped.

On Monday, Adv. Mardolkar, along with Goa incharge Akhilesh Yadav, Saish Aroskar, Janardan Bhandari, Himanshu Tivrekar and Vyas Prabhu Chodnekar filed a complaint in the Vigilance department and sought action against those involved in manipulation of exams and selling jobs.

“These posts should be immediately scrapped and fresh recruitment should be done under Goa Staff Selection Commission. We will not allow this government to sell jobs and deprive deserving candidates from their rights.” Mardolkar said.

He said that GPCC President Girish Chodankar has been exposing ‘Job For Sale’ since the last two months, but despite that BJP continued with illegalities. “Now BJP MLA’s have alleged that these jobs are being sold. But still the Chief Minister is doing nothing.” He said.

“The Congress party’s apprehension about the recruitment process being a “Recruitment Scam” were fortified and substantiated by the public statement made by Mr. Antansio Monserrate, MLA of Panaji Constituency and part of the present ruling dispensation, wherein he has clearly mentioned that Jobs were sold by the PWD Minister Mr. Deepak Pauskar for Rs 25-35 Lakhs each and that total “ PWD Recruitment Scam” is about Rs. 70 Crores . “ Memorandum stated.