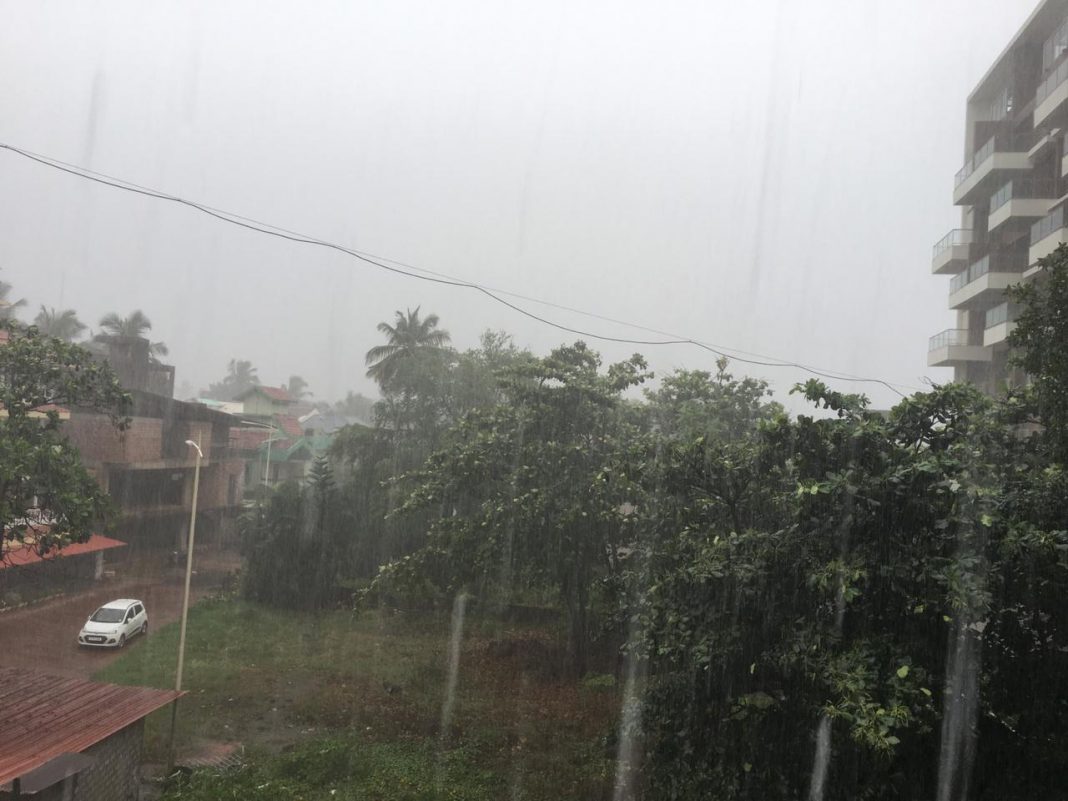 Panaji: After South West Monsoon has set over Goa on Thursday, the coastal state is witnessing moderate rainfall but there is no change in maximum temperature, Indian Meteorological Department said.

South West monsoon has set over Goa on Thursday bringing in heavy rains but the intensity of the rainfall has reduced on Friday.

IMD, in its bulletin has said thatthere was no large change in maximum temperature and they were above normal over North and South Goa.

Sanguem and Dabolim (both in South) registered seven centimeters of rain while Mormugao (South Goa) had six centres of rainfall.

IMD has predicted that  moderate rainfall  likely to occur at most places over North and South  Goa districts of the state during  next five days.

The department has said that rough sea conditions are likely to prevail along Maharashtra-Goa coast for next 48 hours.

Fishermen are adviced not to venture along and off the coast during the same period.