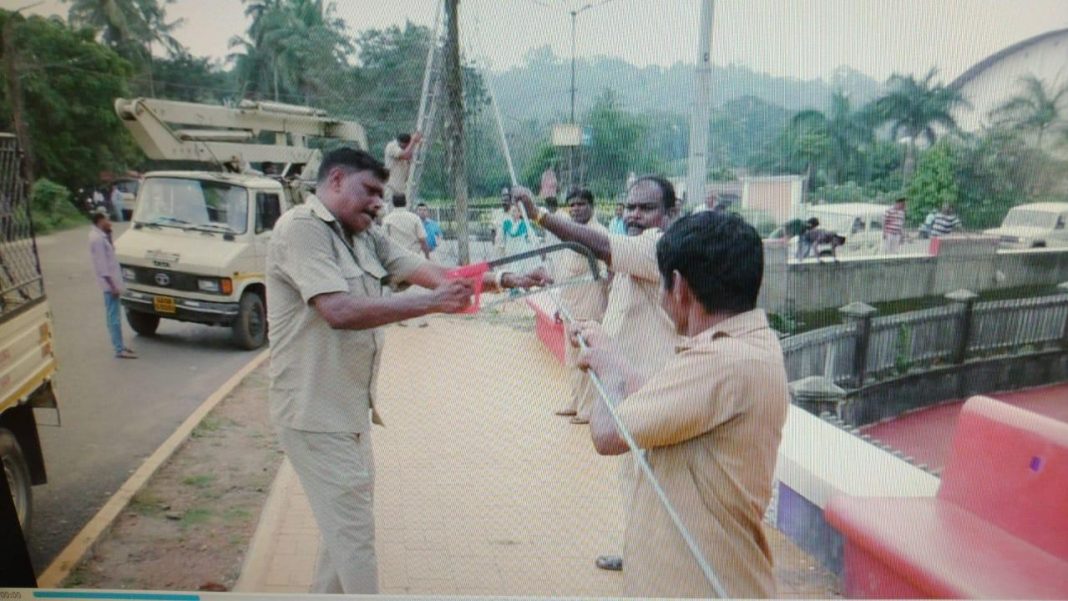 Margao: In a historic step, Margao Municipal Council (MMC) today swooped down on illegal cables in the city cutting them down. Except for government owned cables, all the illegally pulled up wires were cut into pieces by a squad of MMC.

MMC Chief Officer Siddhivinayak Naik supervised the operation which saw the staff pulling down the cables which were running across electricity polls.

The municipality had issued notice against these cables, few weeks back. Those who had pulled these cables were also warned of strict action.

Naik said that the cables from Ravindra Bhavan to Colva Circle were removed while the drive will continue throughout the city.

“The city was getting shabby look because of these cables. Also they were put up without taking licence from any of the authorities. They were illegal and were hence removed,” he said.

Previous articleCongress meets Governor, walks in Panaji against Parrikar-led government
Next articleColva circle to have a slimmer look from this Saturday