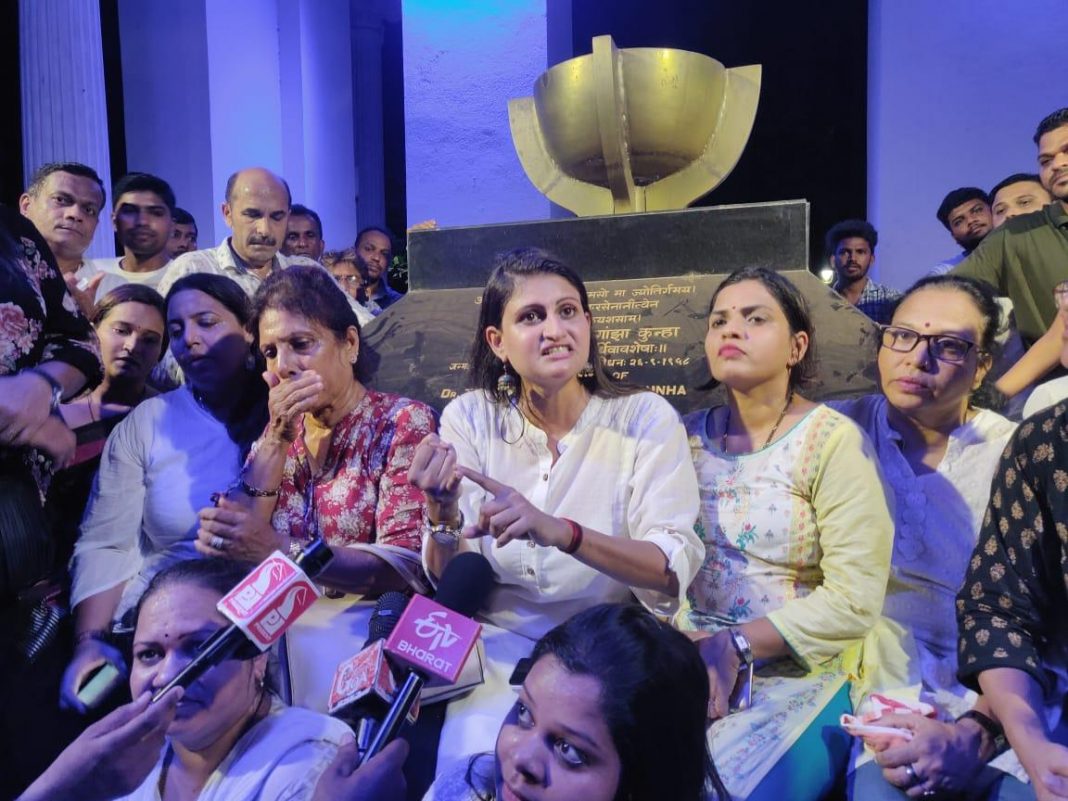 The agitators led by GPMCC President Pratima Coutinho walked outside the office of Big Daddy in a protest where they were stopped by the police. The ruckus prevailed when one of the bouncer of the casino shot video of Coutinho and threatened her.

The women protestors snatched the mobile from the bouncer and deleted all the videos, but in the meantime, the situation got tensed. The protestors were shouting slogans against Casino operator and also BJP led government.

They also demanded that the woman who had complained against Monserratte should be called at the spot.

After protesting for almost an hour, the crowd later dispersed.

Addressing a press conference at Azad Maidan, Coutinho said that the BJP was supporting Casinos and was baffled after Monserratte has promised to move them out from River Mandovi.

She said that the fight against Casinos will continue despite attempts by government to suppress it.