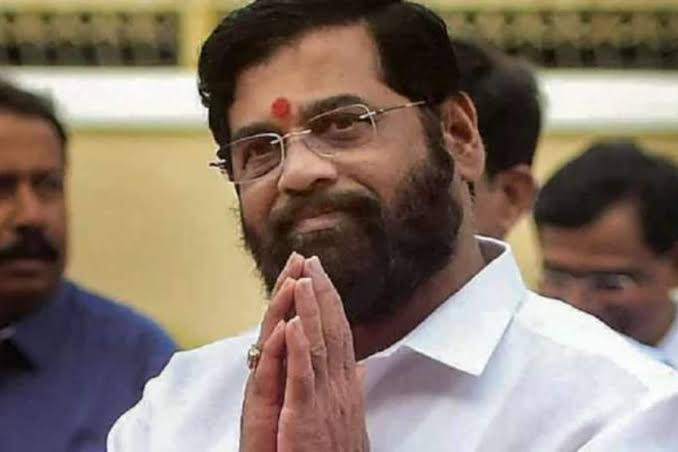 Panaji: Shiv Sena leader Eknath Shinde on Friday said that not only his Assembly colleagues but Maharashtra is happy that Balasaheb Thackrey’s Shiv Sainik has become Chief Minister of the State.

Supported by BJP, Shinde on Thursday took oath as the chief minister of Maharashtra after enjoying support of breakway section of Shiv Sena MLAs and other Independents.

The chief minister after taking the oath in Mumbai came back to Goa during the midnight to meet his colleagues who had supported him to rebel against outgoing CM Uddhav Thackrey.

Talking to reporters at Goa Airport, Shinde said that Maharashtra could see this day because of his 40 plus 10, total 50 MLAs.

“My colleagues (MLAs) and entire Maharashtra is  happy that Balasaheb Thackrey’s Shiv Sainik has become the chief minister of the state,” he commented.

The chief minister said that the government will do the works that are expected from them by the people from Maharashtra.

Shinde said that his government will work to deliver justice to every section of the society.

“We will also take ahead vision of Balasaheb Thackrey,” he commented.

When asked about the cabinet expansion, Shinde said that the future strategy would be discussed in the meeting with the colleagues.

Shinde along with his supporting MLAs had arrived in Goa on Wednesday night. On Thursday afternoon, Shinde had left for Mumbai.

In a series of political developments that unfolded in Mumbai, Shinde was sworn-in as the chief minister even as BJP leader Devendra Fadanavis took oath as the Deputy Chief minister of Maharashtra.

His swearing-in was celebrated by Shiv Sena MLAs who continued to remain in a resort at Dona Paula in Goa.

After landing at Dabolim Airport, Shinde went to the resort, located 30 kms away from the Airport, where the MLAs supporting him were waiting to welcome him.