Low turnout for ZP polls, only 56.82 per cent voted in all the 48 constituencies 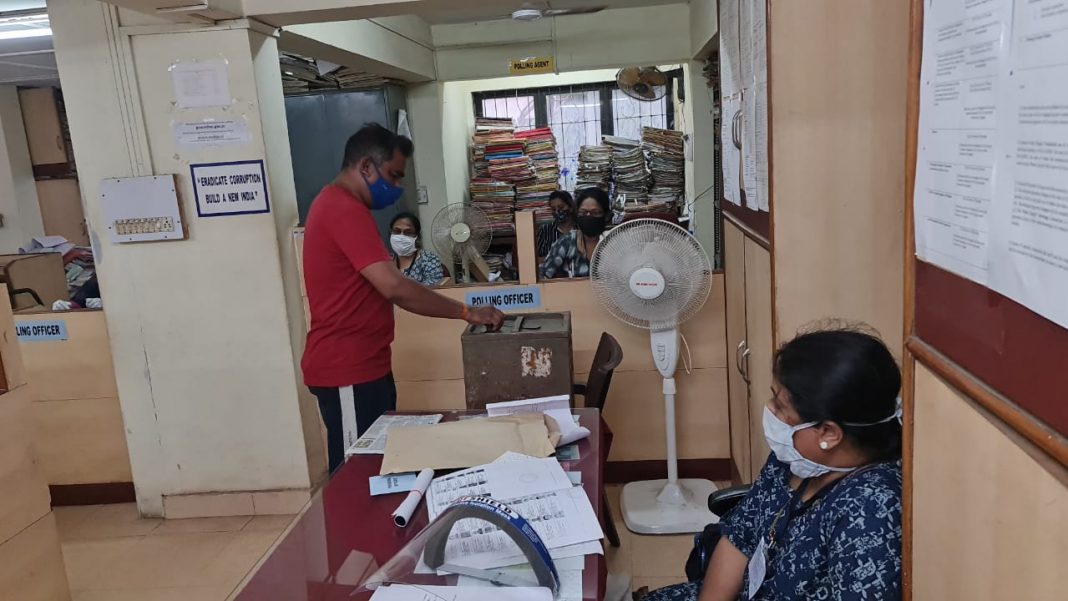 Panaji: The low turnout was reported for the Zilla Panchayat elections held on Saturday with only 56.82 per cent of the voters exercised their right to vote in 48 constituencies.

Goa State Election Commission (SEC) said that 56.82 per cent voters exercised their franchise in Zilla Panchayat poll including 58.43 per cent in North Goa and 55 per cent in South Goa.  The commission said that total 2,27,916 male and 2,21,972 female voters voted during the day.

Two ZP constituencies out of total 50 did not had polling which included Navelim where the polling was countermanded due to death of a candidate and in another constituency of Sancoale, BJP candidate has won unopposed.

This has been the first instance of polling during the pandemic of COVID-19.

“The Commission is glad that polling in all 48 ZP constituencies have been held successfully in well organised and peaceful manner in all 1,187 polling booths set up across the state,” the spokesman of SEC said.

The commission had designated timining between 5 p.m. to 6 p.m. specially for the voters who have tested COVID19 positive. Altogether 31 COVID-19 positive voters casted their votes by taking all precautions in PPE kits of which 15 were in North Goa and 16 were in South, he said.

The counting of votes would be held on December 14 from 8 a.m. onwards in 15 notified counting centres across the state.