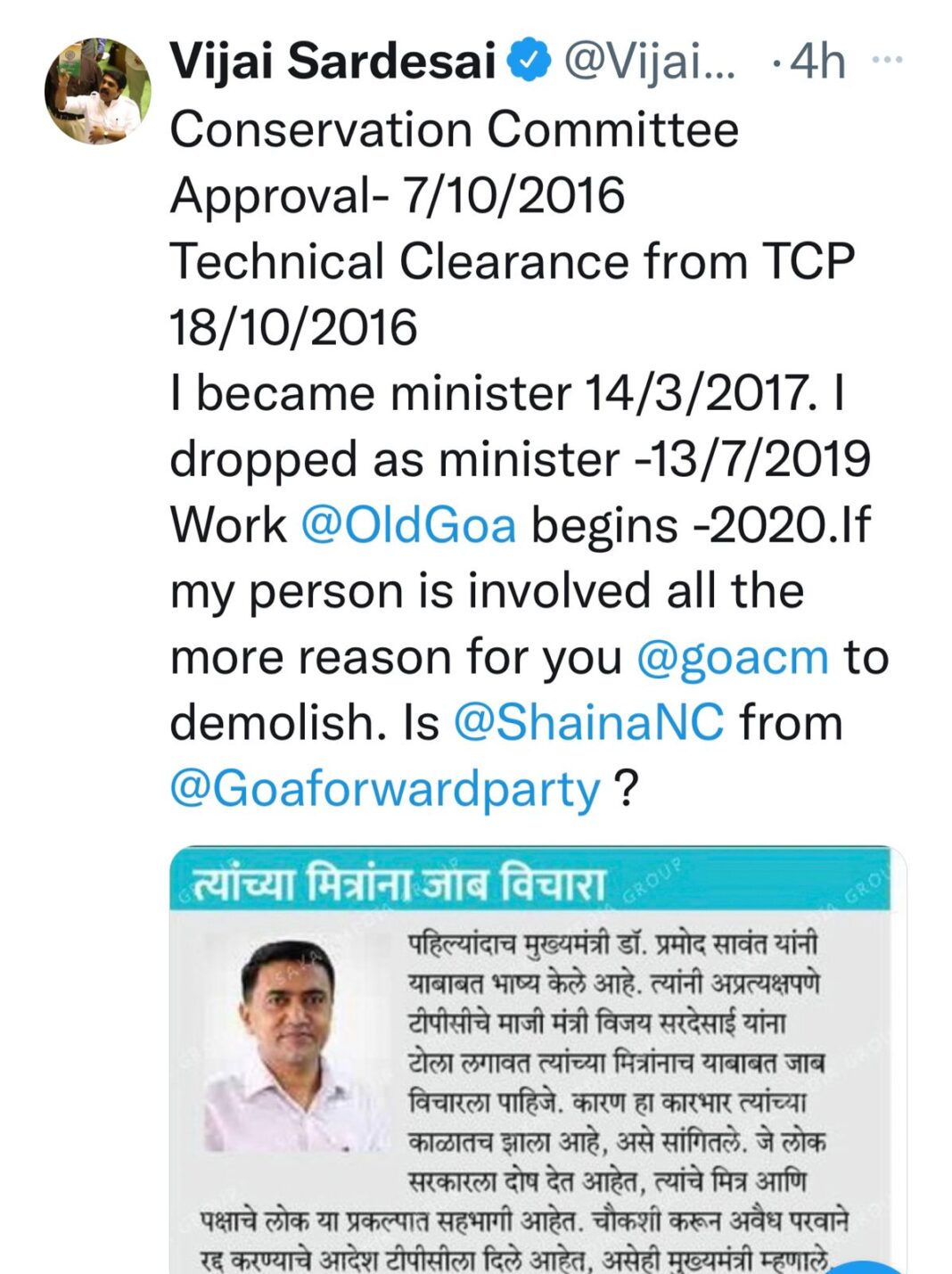 Fatorda: Goa Forward Party Chief Vijai Sardesai pointing out that the work on controversial structure at Old Goa began in the year 2020, when he was not the minister, questioned why action was not taken against it by the chief minister.

Sardesai has also brought to the notice that the technical clearance for the project was given by Town and Country Planning department on October 07, 2016, much before he was sworn in as the minister.