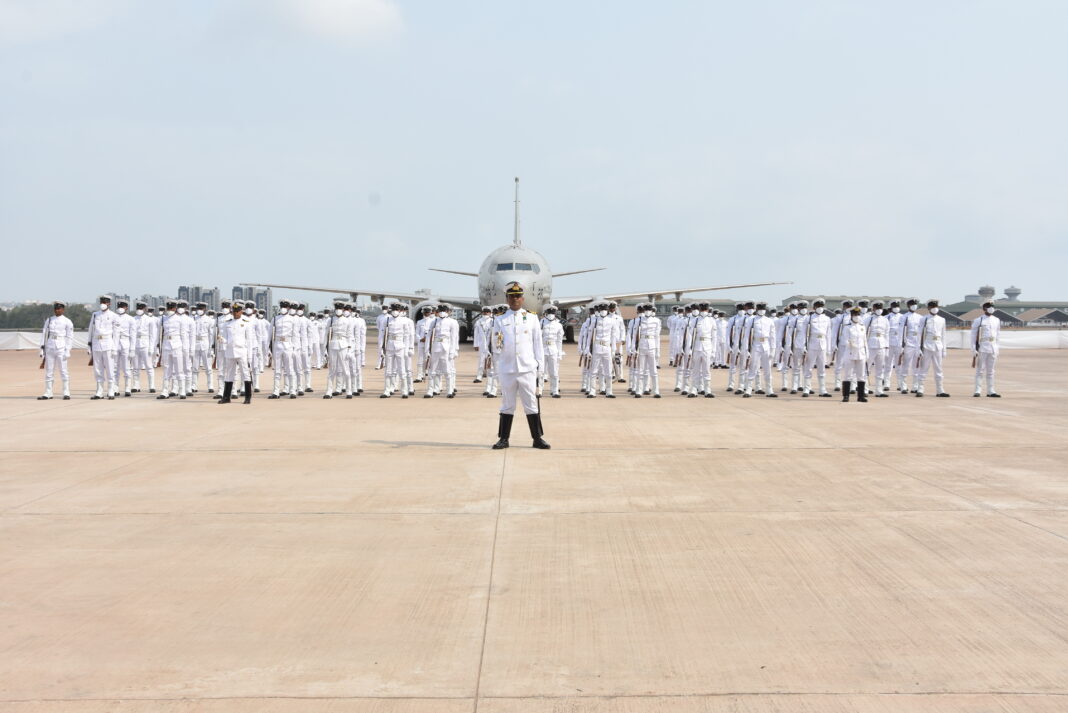 INAS 316 has been christened ‘Condors’ which are one of the largest flying land birds with a massive wingspan. The insignia of the squadron depicts a ‘Condor’ searching over the vast blue expanse of the sea, reads the statement issued by the Indian Navy here.

The Navy said ‘Condors’ are known for excellent sensory capabilities, powerful and sharp talons and large massive wings symbolising the capabilities of the aircraft and envisaged roles of the squadron.

Addressing the gathering at INS Hansa, Adm R Hari Kumar stated that India is the ‘Preferred Security Partner’ in the Indian Ocean region which reflects our country’s ability to play an effective strategic role in the region, and need to expand its operational reach.

“The Indian Navy is integral to this commitment and in pursuance of this objective, commissioning of INAS 316 marked yet another milestone towards enhancing maritime security and surveillance in the Indian Ocean Region,” he said.

INAS 316 will operate the Boeing P-8I aircraft, a multi-role Long Range Maritime Reconnaissance Anti-Submarine Warfare (LRMR ASW) aircraft, that can be equipped with a range of Air-to-Ship Missiles and Torpedoes.

The ‘Game Changer’ aircraft is a potent platform for Maritime Surveillance and strike, Electronic warfare missions, Search and Rescue, providing targeting data to Weapon platforms, providing time-critical surveillance information for IA and IAF and is also the platform of choice for detecting and neutralising enemy ships  and submarines in Indian Ocean Region.

The squadron has been specifically  commissioned to be the home for the four new P-8I aircraft procured under the Option  Clause contract and to ‘Deter, Detect and Destroy’ any threat in the IOR. These aircraft have been operating from Hansa since December 30, 2021 and the squadron is integrated with full spectrum surface and subsurface Naval Operations.

INAS 316 is commanded by Commander Amit Mohapatra, an accomplished Boeing P-8I pilot with extensive operational experience. He has also flown maritime air platforms such as IL-38 and Dornier 228 and also Commanded INS Baratang as well as served as the Executive Officer of INS Tarkash.