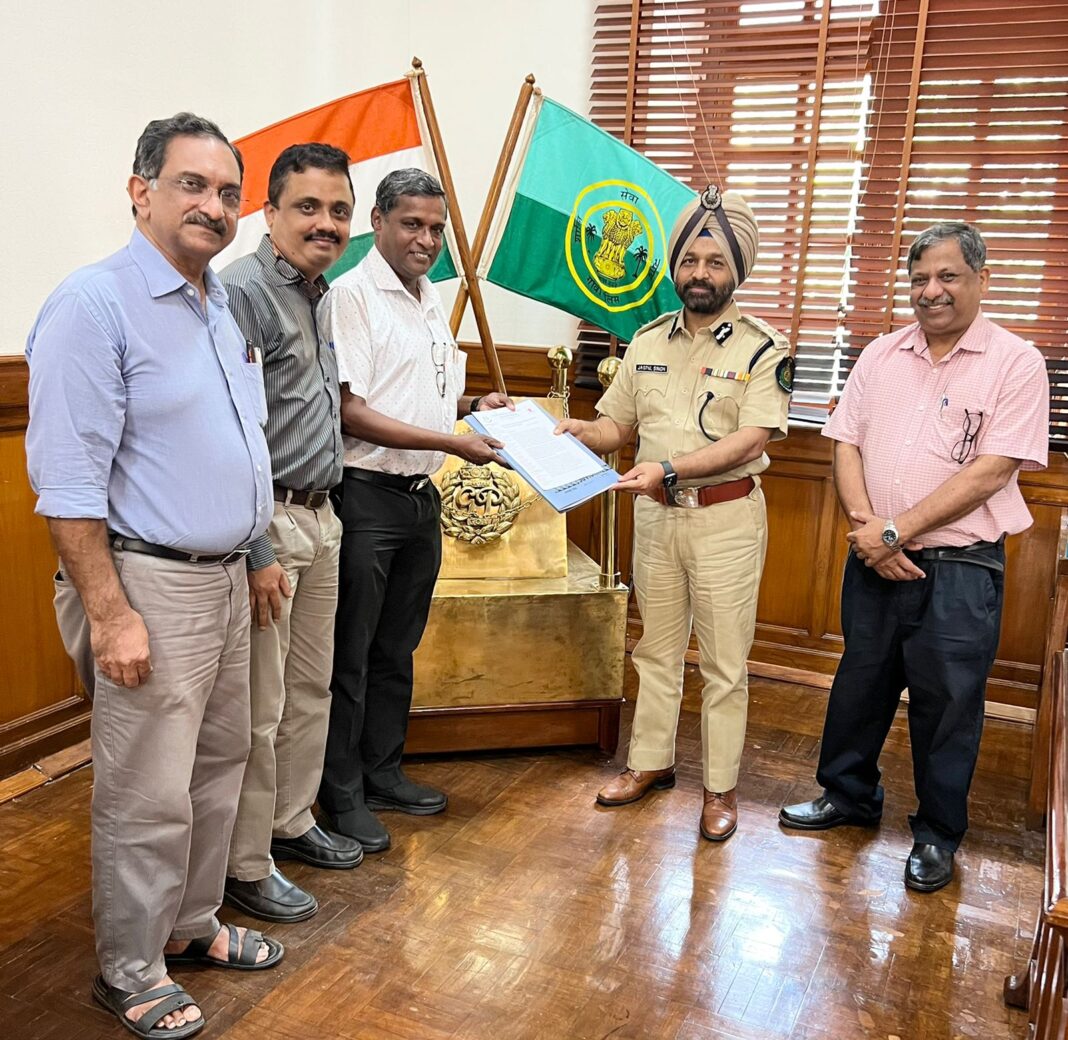 Panaji: The Indian Medical Association (IMA) during their meeting with Director General of Police Jaspal Singh raised pan-India issue of attack on doctors and filing of wrong FIRs against them.

The IMA members led by its President Dr Rufino Monteiro pointed out to the suicide by Rajasthan-based doctor Archana Sharma, after she was falsely implicated in the crime accusing her of the murder. The FIR was filed against her, which resulted in the national outrage against the law enforcement authorities.

The IMA delegation which met the DGP comprised of Secretary Dr Amol Tilve, Treasurer Dr Dayanand Naiyan, Past President Dr Shekhar Salkar and others. The delegation presented the copy of memorandum to the DGP, which was earlier submitted to Chief Minister Dr Pramod Sawant.

The delegation pointed out to the DGP that the chief minister had issued instructions that police inspectors handling the medical negligence cases against the doctors should be sensitized through a dedicated programme.

After the meeting with the DGP, Monteiro said that Jaspal Singh was “very much concerned and has assured to initiative sensitization programmes within a fortnight for all the police inspectors at Police Headquarters in Panaji.”

The DGP has suggested that the experts from Directorate of Health Services, IMA and Goa Medical Council could be involved in the sensitization programme.

Monteiro also requested the DGP to look into formation of Patient Redressal Committee as was mentioned in the Goa Medicare Act so that all cases alleging medical negligence could be deliberated by the committee before a legal response is contemplated.

DGP Jaspal Singh said that he would take up the matter with Chief Secretary of Goa and do the needful.

The IMA requested DGP Jaspal Singh to designate a nodal officer of the rank of DySP/ SP , for issues regarding doctors safety and to share his number to all doctors of Goa. Doctors in need could contact this nodal officer for all safety issues concerning them.

President also requested him to follow up on amendments to be made to section 6(3) of goa Medicare act of 2013 as the present DGP , the than IGP had written letter to that effect to law secretary on 27/1/20 .