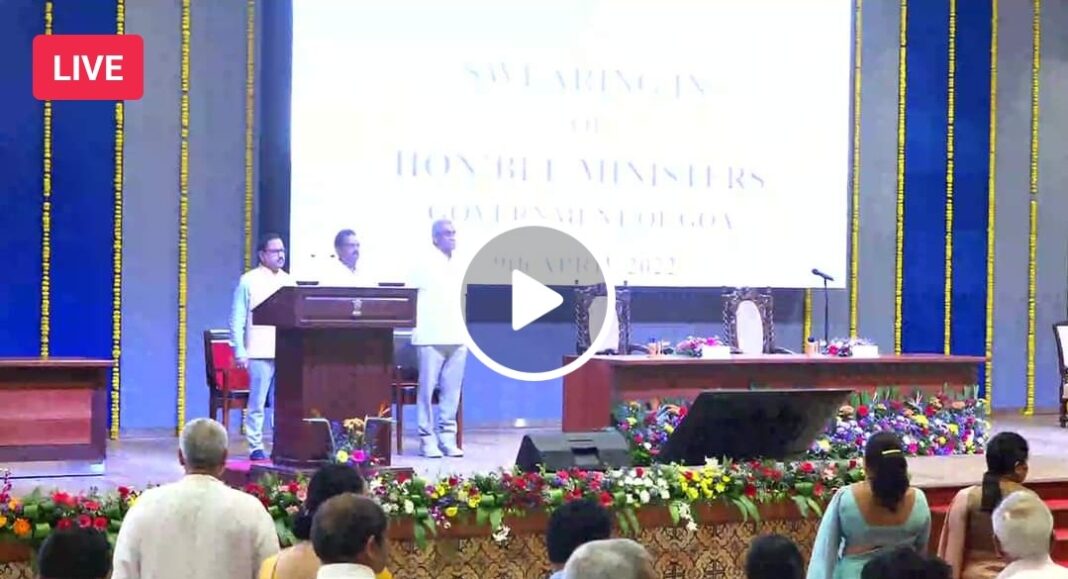 Chief Minister Dr Pramod Sawant was present during the oath taking ceremony along with his council of ministers.

Sawant had taken oath as the chief minister along with eight other ministers on March 28 in presence of Prime Minister Narendra Modi, leaving three ministerial berths vacant.

Dhavalikar has been minister in earlier Manohar Parrikar-led and Sawant-led government between 2017 till 2019 before he was dropped from the cabinet ahead of the Lok Sabha polls.

Halarnkar was minister in former Congress-led governments and had shifted his political affiliation to BJP in the year 2019 along with nine other MLAs.

Faldesai was sworn in for the first time in the cabinet.