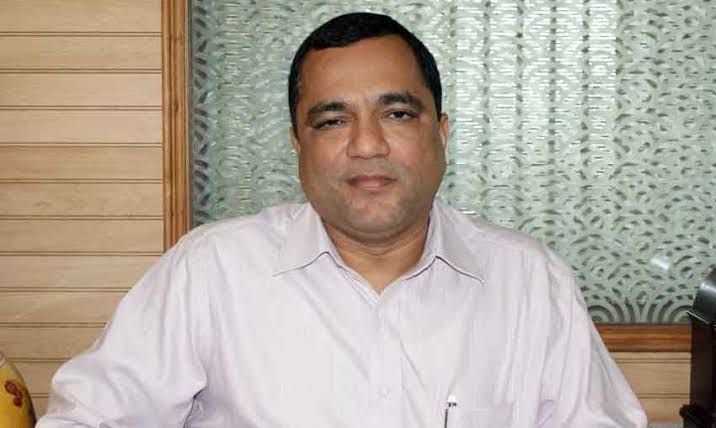 Goencho Avaaz Party flayed Dabolim MLA Mauvin Godinho and ex Revenue Minister Jose Philip D’Souza for their roles in denotifying land acquired by the Government for a parking lot for Dabolim International Airport. This was allegedly done in order to fulfil the vested business interests of a commercial builder. Due to this unethical action of these politicians, today, a number of families stand to lose their homes which are located on land now earmarked to replace Survey 8/1, Dabolim, which had been originally acquired and notified for this purpose.
The 36,800 square metres of Sy.8/1, now in the hands of a commercial builder, was denotified by the authorities on the firm assurance of Mauvin Godinho that there existed alternate land of 70,000 square metres available, opposite the airport (Minutes of the Meeting held on February 14th, 2011). While a commercial building has already come up on Sy. 8/1, the obviously non-existent parcel of land conjured up by the Dabolim MLA is yet to be discovered. As a result, land has now been earmarked at Shantinagar, Dabolim/Vasco for this purpose, which will result in the demolition of a large number of people’s homes.
Explaining the issue in detail, Captain Viriato Fernandes, State Convenor of Goencho Avaaz Party said: ‘’The saga of the contentious Sy.8/1, which falls in Lot No.29 of the Sancoale Comunidade, began in the year 2009, when the Sancoale Comunidade took a resolution declaring that Sy.8/, which was acquired for car parking to ease the traffic woes at the airport, did not belong to it, but to Chicalim Comunidade, thus conveniently falling in Dabolim constituency, represented by Mauvin Godinho. The acquired land was de-notified “mid night” as alleged by the then leader of opposition and former Chief Minister late Shri Manohar Parrikar wherein he had promised that Mauvin Godinho and the then Revenue Minister would be put behind bars for fraud related to illegal denotification. Suprisingly, a builder has set up a commercial structure at breakneck speed on the originally allocated Sy.8/1. And shockingly upon further scrutiny, the draft ODP 2030 also reveals a 60 mtr road expansion from the airport to demarcated parking lot located at Shantinagar. The earmarked parking area and road expansion falls in Dabolim and Vasco respectively. All this is resulting in innocent Goans losing their houses due to the alleged unscrupulous actions and fallacious assurances of Mauvin Godinho a few years ago. It is therefore also the responsibility of the Vasco MLA to ensure that the draft OD is objected to in its present form.
Goencho Avaaz Party demanded a thorough investigation into the manner in which Sy.8/1 was handed over to a private individual over state interests, resulting in such devastating disruption in the lives of ordinary citizens.
“Goencho Avaaz will not remain mute bystanders while people lose their homes and have their lives thrown into disarray thanks to the nefarious deals between politicians and commercial interests. After all, MLAs are elected to protect the interests of their consitutents and not sell them out as has been done in this case to the people of Dabolim constituency.”