Goa’s opposition stands in solidarity with Farmers’ protest  By Prasanjeet 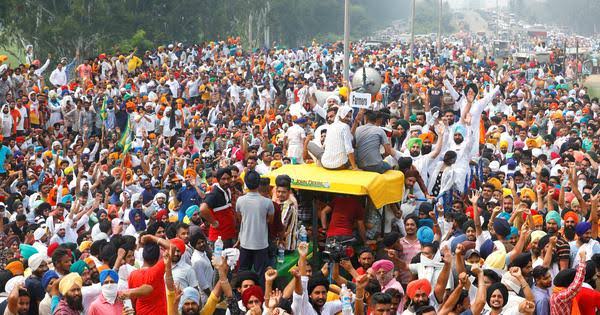 Farmers from across India are protesting at Delhi against the recently passed bills in Rajya Sabha.The Farmers’ Produce Trading and Commerce Act 2020 strikes the nerve of Indian farmers. It permits sale and purchase of Farm produce outside the premises of APMC mandies.
Much of the government procurement at minimum supports prices (MSP) of paddy, wheat and increasing pulses, cotton, groundnut and mustard happens in APMC mandis. If more and more trading moves out of the APMCs, these regulated market yards will lose revenues. “They may not formally shut down, but it would become like BSNL versus Jio. If the govt stops buying, we will be left with only the big corporates to sell to” said a Haryana  based farmer.
Opposition parties and various national unions for farmers have called for a ‘Bharat Bandh’ tomorrow on 8th December 2020 to protest against this act and stand in solidarity with farmers. CM of Goa Dr Pramod Sawant has asserted that Goa will not be affected by ‘Bharat Bandh’. On the other hand opposition parties in Goa have extended full support for the Bandh.
Goa Forward Party president Vijai Sardesai has extended support to Bharat Bandh, a call given by All India Kisan Sabha and CITU in support of farmers of India and against anti farmer acts.
GPCC president Girish Chodankar has also extended his support in a recent tweet he said :  “We @incgoa extend full support to Goa Bandh called by Goa Units of All India Kisan Sabha & CITU, on 8/12/2020

in support of the Farmers of India agitating against Modi Govts attempts to handover Agriculture Sector to his Crony Capitalist Club”.

Adv Jatin Naik, General Secretary of All india Kisan Sabha, Goa Unit while speaking to Goa News Hub said  “We have heard of Jai Jawan Jai kisan slogan but the current government has made our Jawans stand against Kisans, govt is anti-farmers and pro- capitalists. This type of governance cannot be tolerated as India is a welfare state”
The protest is to take place at Azad Maidan at Panaji tomorrow at 10:30 AM all prominent leaders are expected to come.