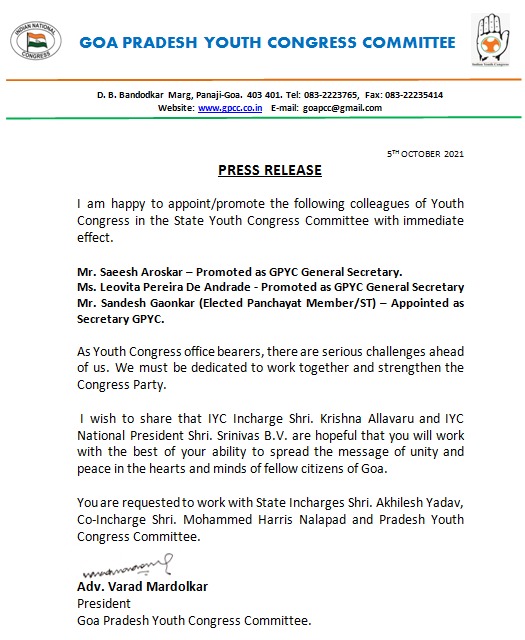 “I wish to share that IYC incharge Krishna Allavaru and IYC National President Srinivas B V are hopeful that you will work with the best of your ability to spread the message of unity and peace in the hearts and minds of fellow citizens of Goa,” Mardolkar said.