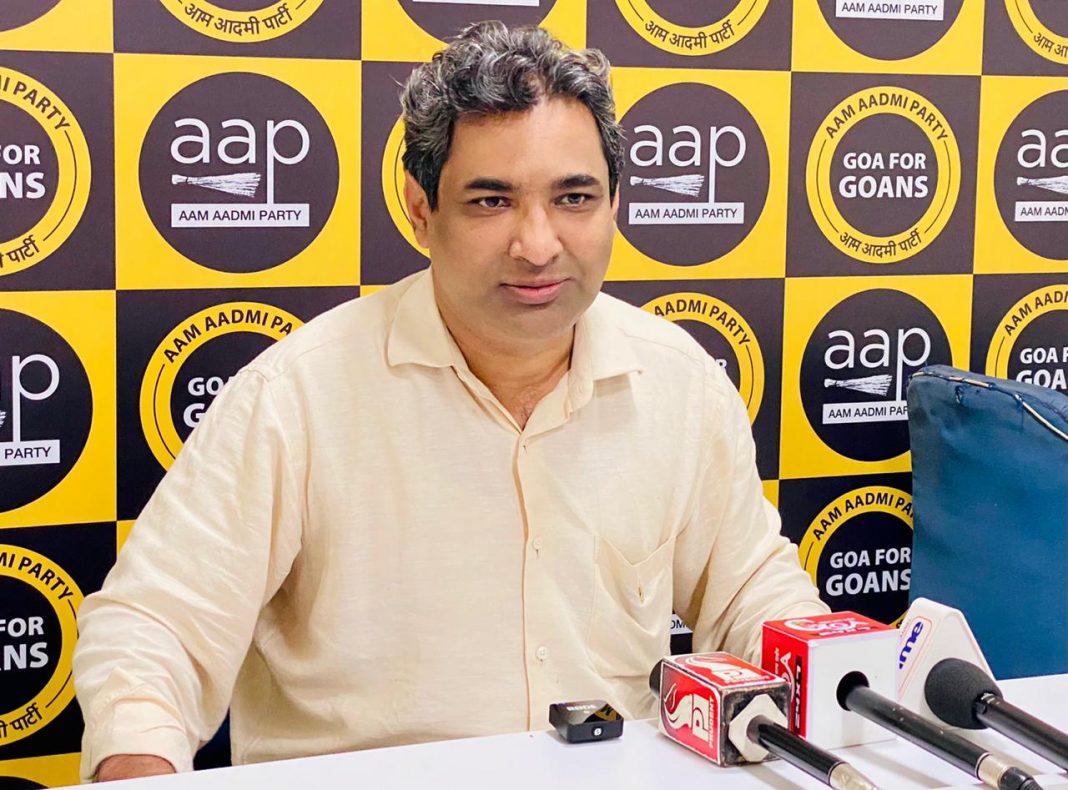 Panaji: Aam Aadmi Party on Wednesday accused the BJP government in Goa of attempting to convert Goa into a drug den after already making arrangements to convert it into a coal hub.

Briefing media persons AAP Goa Convener Rahul Mhambre said it’s indeed surprising that the government is considering marijuana plantation even though the number of deaths due to drug consumption is increasing every day.

“Goa is already fighting the drugs nuisance. Our youth are falling prey to it. In spite of this if the government goes ahead with it, it will spell doom for the next generation Goans,” said Rahul.

“The drug mafias in Goa already exists. Goans are also aware of the drug mafia-politician nexus. They have already grabbed our lands, promoted crime and diluted Goan culture. This decision of the BJP govt will only make them stronger which will be disastrous for Goan ethos,” he said

“Although the government says the plantation will be for medicinal purpose nobody trusts the fotting government,” he said.

He argued that marijuana will be sold in the market to promote drug use as it pays more money and the government will claim helplessness.

“Today Goan youth are facing a huge problem of unemployment. The BJP Govts priority should have been securing the future of the youth but sadly there is no effort from the govt in this direction. On the contrary it is evident that all efforts are put in by the BJP govt to destroy the future of our Goan youth,” said Rahul

“AYUSH minister Shripad Naik has to tell why he chose Goa for the plantation,” he said wondering whether this is a plan to annihilate true Goans in the State.

“The BJP is dancing to the tunes of its Delhi masters who want to destroy the ethnic Goans. People of Goa are not fools. People of Goa have always stood by what is right. Goans are not going to forget this attempt to destroy Goa and shall give this BJP govt a befitting reply,” he said.