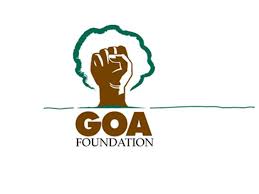 Panaji: The Goa Foundation on Wednesday filed a complaint with the Department of Mines and Geology alleging that the department is accepting royalties on ore  allegedly claimed by parties.
“We have been informed by by our sources in the mining circle that the Department has comment accepting royalties on ore allegedly claimed by parties (not part of 88 mining leases) because it was extracted by them prior to 21.11.2007,” it stated in the complaint.
Citing the Bandekar’s case whereby a similar claim was made and that the Supreme Court ‘showed them the door’, Goa Foundation inferred that the Department must take this matter into consideration.

Previous articleCOVID19: 97 new cases, two deaths
Next articleGovt is not taking ahead the issue of Cannabis cultivation: Pramod Sawant