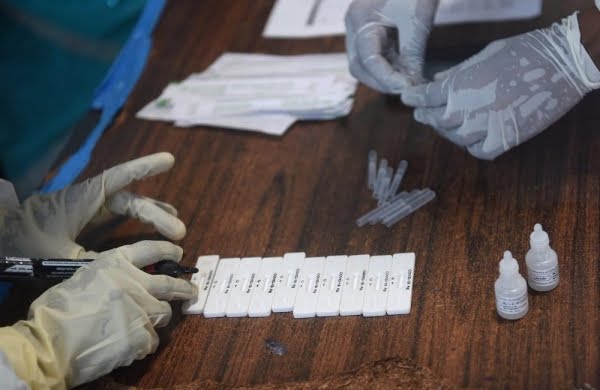 Panaji: The Goa government’s decision to administer ivermectin to all the people above 18 years as a preventive treatment amid the COVID-19 pandemic has prompted medical experts to question the efficacy of the five-day duration of the drug regimen while Congress questioned whether such recommendation was approved by the Centre or the WHO.

Goa health minister Vishwajit Rane on Monday announced that ivermectin- an orally-administered drug used to treat parasitic infections – will be given to all adults in the state irrespective of their coronavirus status as a preventive treatment.

Rane had said that people will be given ivermectin 12 mg for five days as expert panels from the UK, Italy, Spain and Japan have found a statistically significant reduction in mortality, time to recovery and viral clearance in COVID-19 patients treated with this medicine.

When contacted, Dr Vinayak Buvaji, who heads the Goa chapter of the Indian Medical Association (IMA), told PTI on Tuesday that the treatment should not be given for a short period of five days but should ideally be continued till the pandemic is brought under control.

“The ideal regimen of ivermectin is to administer it on the first, third and seventh day and then continue it once a week till the pandemic is brought under control.

Giving the tablets only for five days will not be impactful,” Dr Buvaji said.

He also advised against giving the same quantity of the dose to all the people.

Dr Buvaji said the IMA would write to the state Health Department to change the proposed ivermectin dose protocol.

The state government had said the drug will be given to the people through its chain of health centres.

Former IMA president of Goa and BJP’s medical cell chief Dr Shekhar Salkar, however, said the focus of the ivermectin programme was to prevent deaths.

When pointed out that ivermectin was banned by the US FDA, Salkar said the tablets do not have any side effect.

“The first principle of medical science is that medicine should not harm. These tablets won’t cause any harm, but they will help to save the lives due to the (COVID-19) infection,” he said.

Dr Salkar said such a step was required as the case positivity rate in Goa has touched 50 per cent.

“The IMA will support the government for recommending Ivermectin treatment,” he said.

Meanwhile, the opposition Congress has asked whether the state government has obtained approval from the Union government for recommending the use of ivermectin to its people.

“#GoaCovidCrisis who prescribed #ivermectin to corrupt Health Minister @Visrane for Prophylaxis Treatment to Goans? Did he obtain approval from @PMOIndia, @MoHFW_INDIA? Is the treatment approved by @WHO? Will @ICMRDELHI respond? @goacm @GovtofGoa must clarify immediately @INCGoa,” tweeted Congress Goa unit president Girish Chodankar.