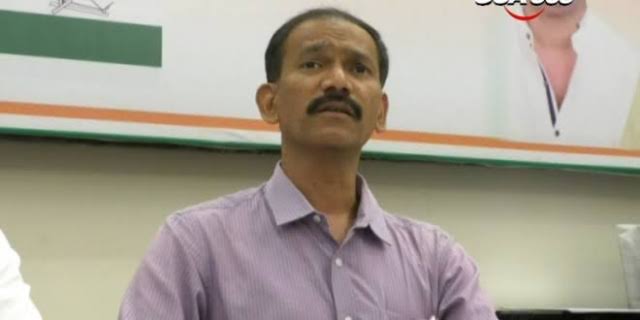 World Health Organisation has advised that ivermectin only be used to treat COVID-19 within clinical trials. This information is available on the official website of WHO. Now the question comes who authorised Health Minister to take a decision on this prophylaxis treatment?. BJP Government must explain to the people of Goa.

Is this treatment given anywhere else in India or World? BJP Government must put all facts in public domain demanded Girish Chodankar.

He was reacting to the announcement made by Health Minister Vishwajit Rane of making available Ivermectin 12 mg tablets for the people of Goa as preventive medicine against Covid.

Is this another mission of Health Minister of “Making Business from Peoples Sickness” questioned Girish Chodankar.

Last year Union Ayush Minister Shripad Naik got ridiculed from Office of Prince Charles after North Goa MP had made false claims that Covid positive Prince Charles was cured by use of Ayurvedic medicines. These Jumla claims of BJP functionaries have created a trust deficit in the minds of the people.

Last year, Ayush Ministry distributed some tablets to the people claiming that those tablets will boost immunity and keep Corona virus away. Now, when the second wave has hit the nation, BJP government must tell the people what happened to their claim?

We have a strong feeling that these new jumla campaigns of immunity building, preventive treatments are launched by BJP with an intention of making money. There is no scientific base for whatever they announce Girish Chodankar said.

People have lost faith in this government which is hell bent on making money even from peoples sickness.

Congress Party always believes in Scientific solutions to any issue. There has to be strong scientific backing for any treatment.

I appeal to Goans not to fall prey for the annoucements of the Health Minister and BJP functionaries. Let the Government place in public domain the scientific evidence and approvals from authorised institutions for any Covid treatment, so that it will be convenient for Goans to come forward and accept the medicines.