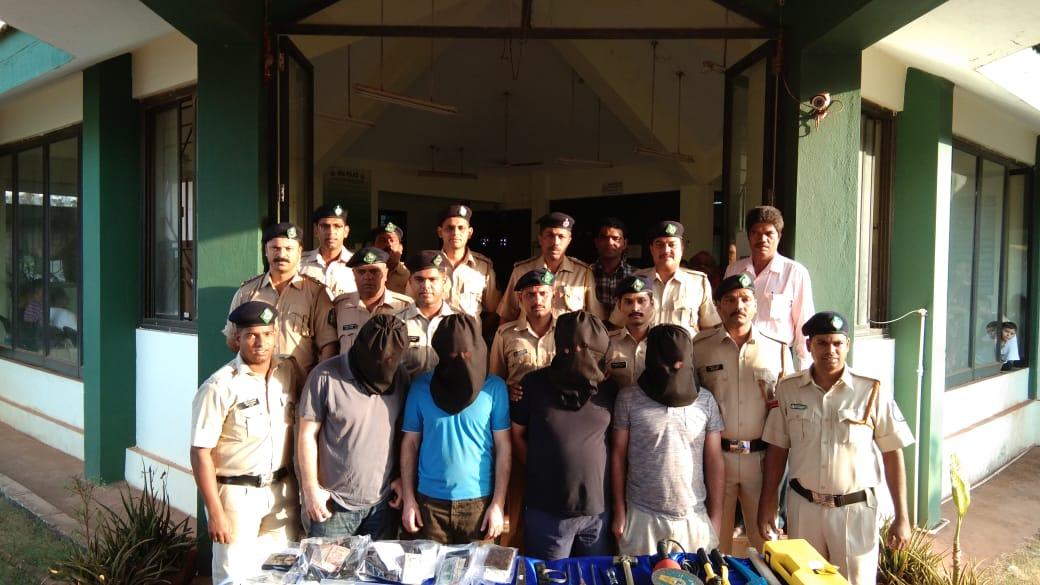 Anjuna: Police have arrested a gang of four Georgian nationals in connection with the house breaking theft at Siolim.

Anjuna Police on Thursday arrested Kinstantin Chkhaidze (46), Lura Pirelli (42), Lasha Gurchiani (46) and Irakli Tamliani (33) for breaking into a house at Siolim, 25 kilometres away from here.

Police Inspector Navlesh Desai said that all the accused were arrested within five hours of lodging complaint with the police by a house owner.

He said that the accused had stolen cash and gold worth Rs nine lakh by entering into a  house of one Maria Fernandes living at Siolim village.

Desai said that all the accused were currently staying at Arpora.