Forest dept had given permission for Seraulim Coconut tree felling 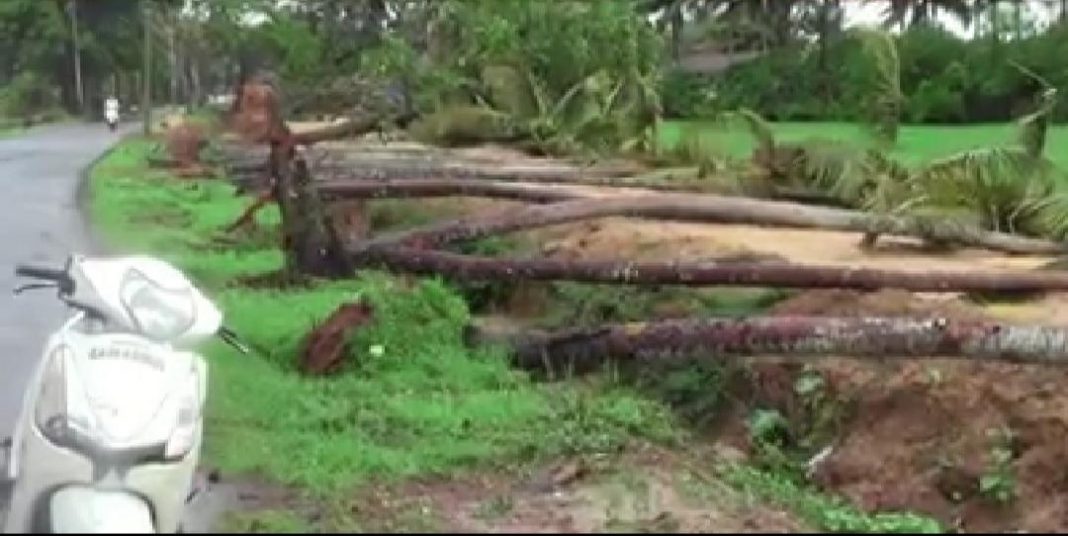 Seraulim: In an anti-climax to the entire episode around Seraulim coconut trees feeling, Forest department has said that it had given the permission for the same after following proper procedures.

“As per enquiry it has been brought to our notice that the forest department has given an NOC for cutting of trees after following due procedures,” office of Deputy Chief minister Vijai Sardesai said.

“However, the NOC also mandates replanting of trees. Since a government has been issued the permission, the forest department will do the replanting after land is identified by GSIDC,” it has further said.

Earlier during the day, Goa government had initiated inquiry after several coconut trees were found to be felled along the roadside at Seraulim village in South Goa.

State Deputy Chief Minister Vijai Sardesai had told reporters that Director of Agriculture has been asked to initiate enquiry and submit report as soon as possible on the incident.

Environmentalists and villagers of Seraulim had expressed anger after almost 40 fully grown coconut trees were felled on Sunday.

The locals claimed that the trees were felled by government authorities, who did not site any reason for uprooting them.

“We have asked Director of Agriculture to constitute the committee to conduct the enquiry and submit report with plan of action as soon as possible,” Sardesai had said.

He stated that the government is viewing the incident very seriously and will take action, if any illegalities have taken place.

Environmentalist Prajal Sakhardande on Monday had expressed anguish over the felling of such large number of coconut trees. “The one who has done it needs to be punished severely. We can’t allow such a destruction of green cover,” he said.

The locals had claimed that the trees were felled during night time and the government officials, who identified themselves as from forest department, fled from the scene when villagers gathered to stop them on Sunday morning.